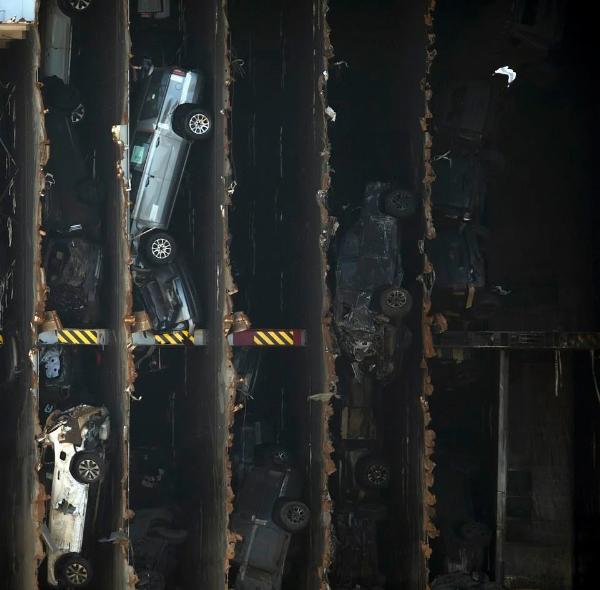 The Hyundai cargo ship is still full of now rusty Kia and Hyundai cars and SUVs. 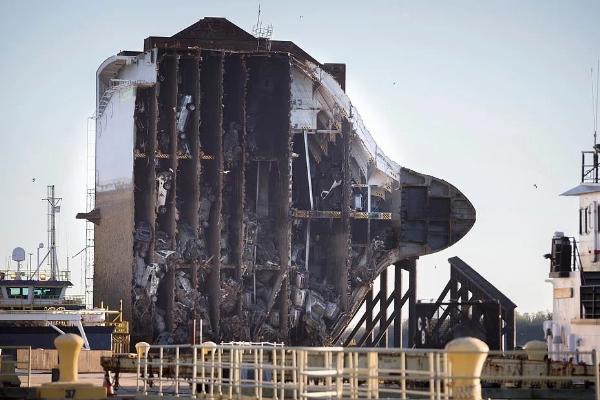 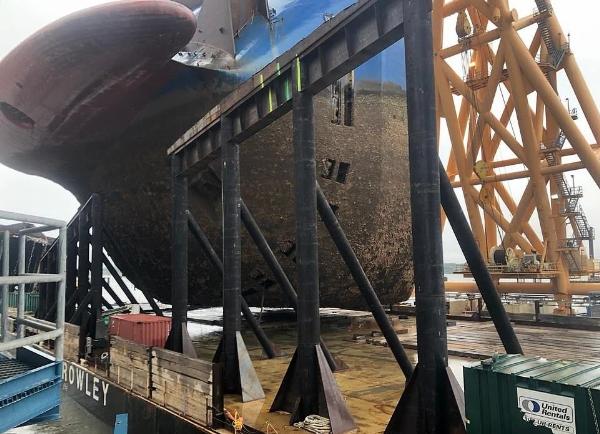 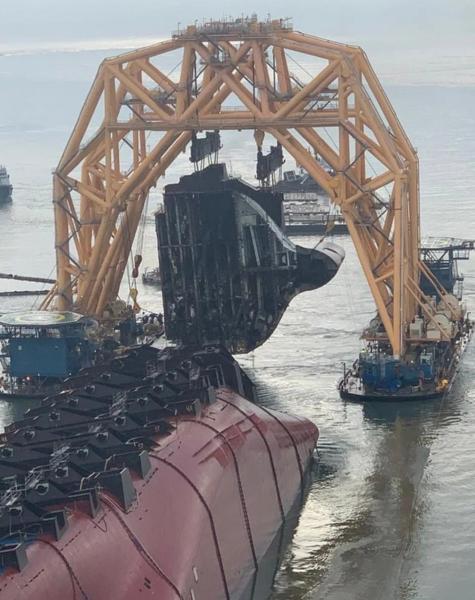 A huge cargo ship carrying 4,200 Hyundai cars has been split open with massive ship-cutting chain, 14 months after it capsized on the Georgia coast.

The salvage operation comes more than a year after the Middle-East bound cargo ship capsized and caught fire off the coast of Georgia. Investigations into the cause of the capsizing is still under way. 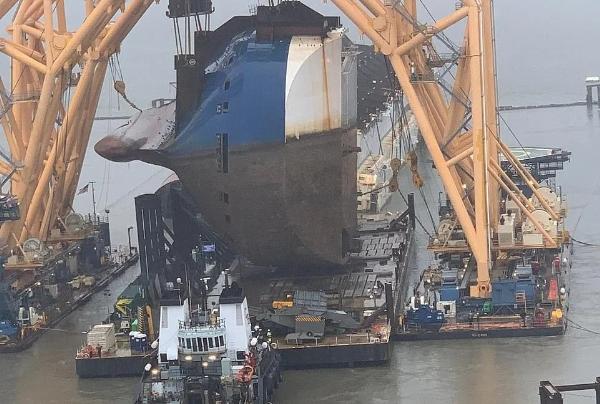 As of this week, the cargo ship, named MV Golden Ray, was still full of 4,200 brand new cars, primarily Kia and Hyundai cars and SUVs, that were bound for the Middle East.

Pictures taken from the scene shows shows the astonishing sight of the thousands of ‘rusty’ and mangled Hyundai cars stacked inside. 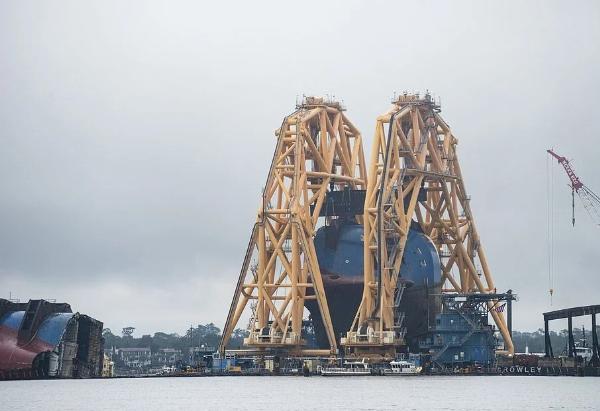 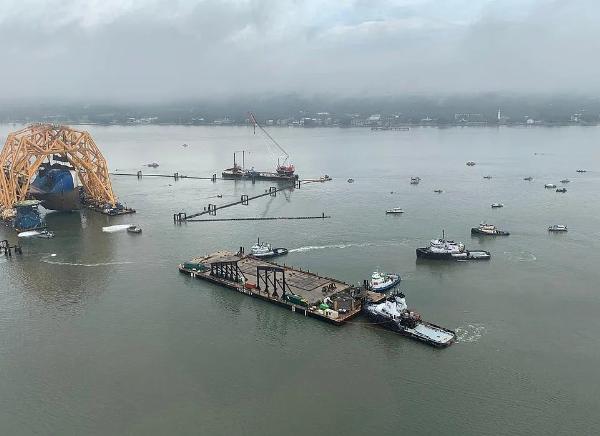 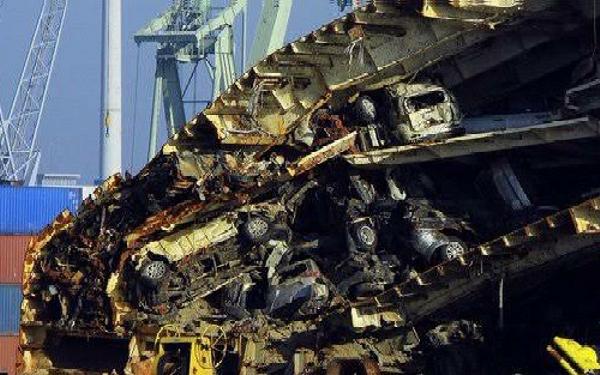 The rescue operation involves using a massive ship-cutting chain to slice the entire vessel into eight smaller chunks that can be lifted onto barges and taken away. 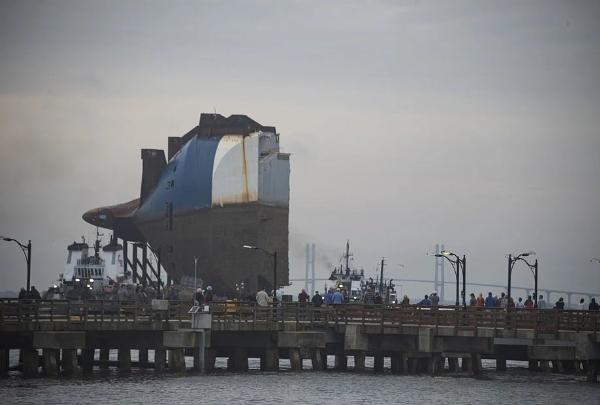 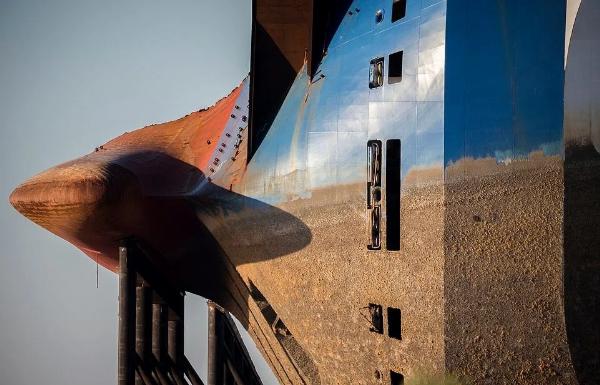 The cutting and removing was done by a giant VB-10000 floating crane. The whole operation is expected a week, including cutting, lifting and removal of each giant segment.

The MV Golden Ray is owned by Hyundai Glovis, a Hyundai motor’s ocean freight logistics company. It was built in 2017 and has a capacity to carry 6,933 vehicles. 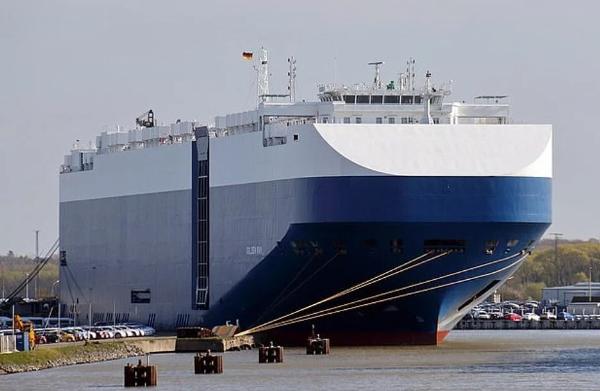 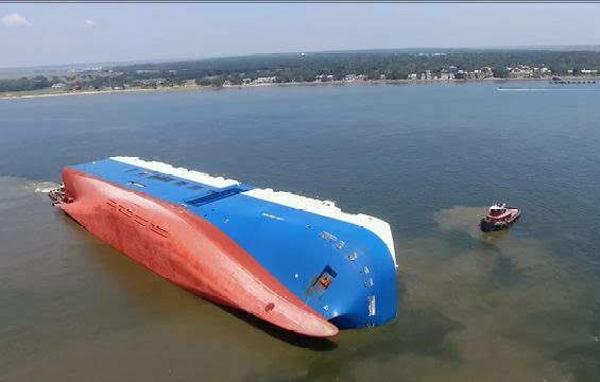 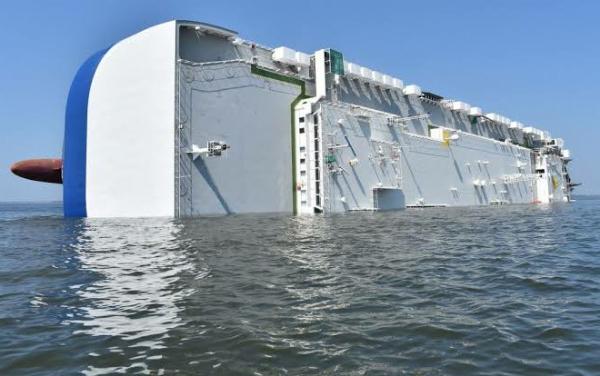 The 656-foot vehicle carrier capsized on 8 September 2019 soon after it departed the Port of Brunswick, in Georgia, United States.

Thankfully, all 24 crew members that were on board the cargo ship, named were rescued alive.