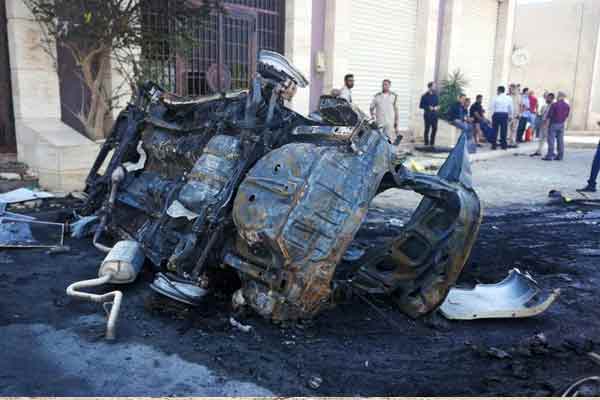 A car bomb exploded at a checkpoint in southern Libya late on Sunday, killing two members of the Libyan security forces and wounding five others, a police source told AFP.

The blast was set off by a suicide bomber as the car passed a checkpoint set up by security forces in Al-Maziq, northern Sebha, 750 kilometers south of Tripoli.

According to Reuters, the Islamic State group claimed responsibility for the attack on Telegram, through the terrorist group’s ‘Nashir’ news agency, saying that one of its fighters stormed a checkpoint with an explosives-laden car.

The Libya Observer reported that the two officers were part of Sabha’s criminal investigation unit, and that Abdulnabi was a high-ranking local officer.

According to the Observer, the bomber was killed instantly and the blast caused significant damage to several police vehicles.

Photos from the scene show scattered car parts and debris around a number of police cars. 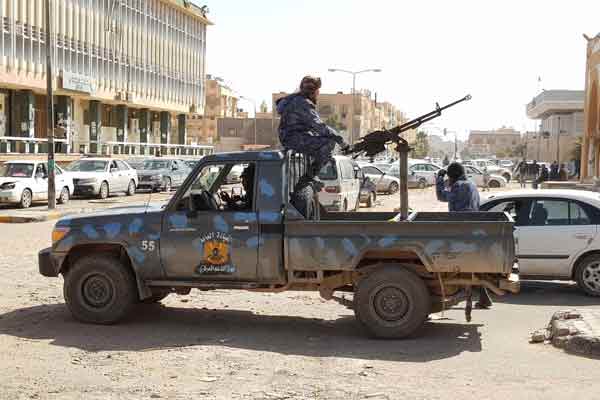 Libyan Prime Minister Abdul Hamid Dbeibah on Sunday condemned the attack in what he called a “cowardly terrorist act” and offering his condolences to the victims’ families and those who were wounded.

Sebha is controlled by forces loyal to eastern-based Libyan National Army commander Khalifa Haftar, and has been the scene of several attacks in recent years.

A truce signed last year between rival camps in the country’s east and west led to the creation of an interim government tasked with preparing the country for upcoming elections in December this year.

Despite the ceasefire, the security situation in the country remains precarious and hopes for a lasting political solution are fraught with challenges, with much of the territory controlled by local armed groups.