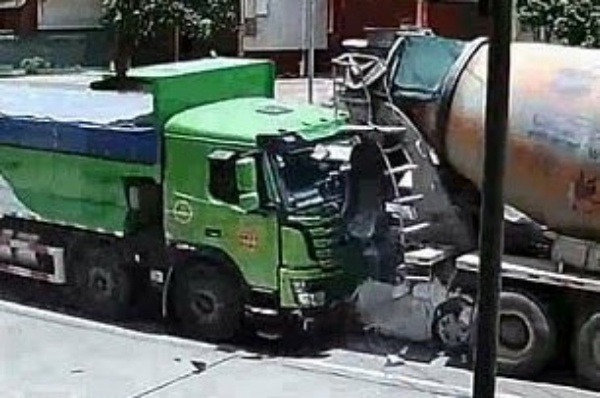 A Chinese driver and passenger miraculously survive after their tiny compact car was crushed between two oversized trucks.

The crash instantly crumpled the tiny white car; trapping the passengers in the front seat 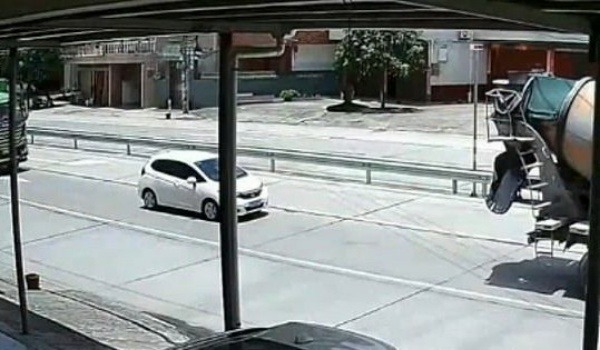 A Chinese driver and a passenger in a tiny compact car were lucky to be alive after being crushed between two oversized trucks in southern China.

The terrifying accident was caught on video. In the heart-stopping video, the unidentified driver was seen pulling up behind a cement mixer. 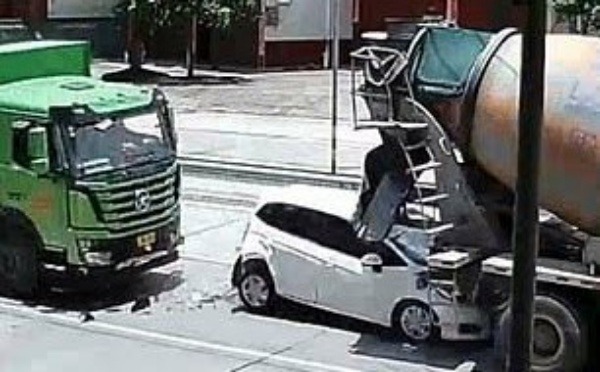 The white car had stopped in response to a traffic “STOP” sign in China’s Fujian Province.

While waiting for the traffic light to change to “GO” sign, a green truck rammed into the tiny car; pushing it into the back of the cement mixer truck.

The truck appears to have lost control before crashing into the car.

The crash instantly crumpled the tiny white car; trapping the passengers in the front seat. Local firefighters and police officers were called to the crash scene for rescue.

They were later pulled out of the car before being rushed to a nearby hospital. According to reports, they were listed in stable condition. 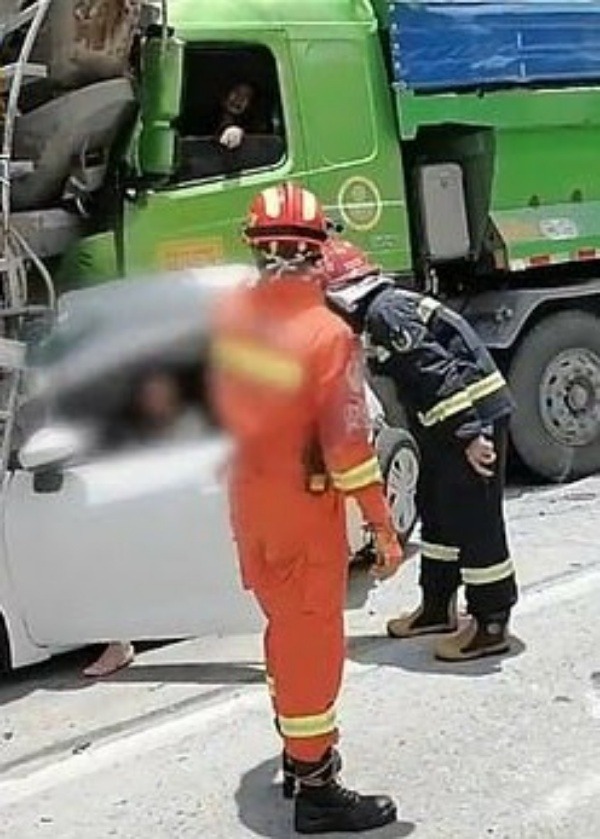 The police said that the driver of the green truck “failed to observe the road situation and collided with the vehicles ahead”.

“Two people – driver and passenger – in the small vehicle suffered injuries. All three vehicles had different levels of damage.”