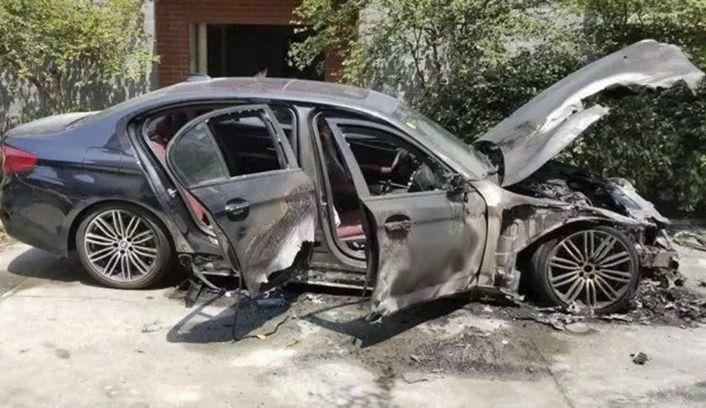 Most new car owners especially in Nigeria practice one form of spiritual rituals or the other to thank GOD for blessing them and also to wish for further good luck and protections.

While some take theirs to the mosque or church ,few people either asked the Elders to bless their cars with Aromatic Schnapps or just go along with life as if nothing happened. 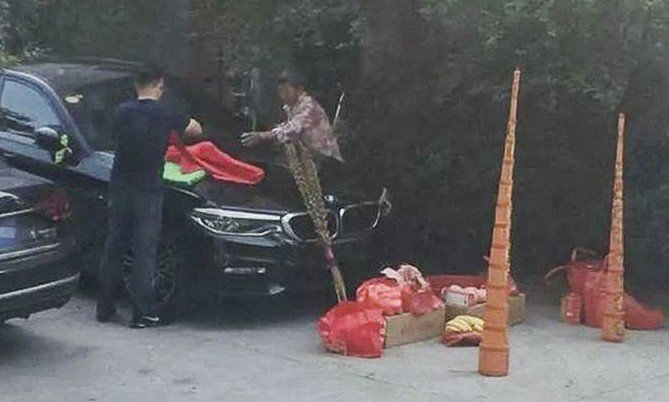 But in China, a new car owner who was trying to perform the normal ritual which involves decorating the car with flowers and burning of incense (as tall as the man himself ) in the temple ended up setting the brand new car ablaze . By the time the fire fighters could control fire , the BMW 5-Series has already burnt beyond repair.

For some reason, he left the car and burning incense unattended to for about 20 minutes before the neighbors alerted him about the fire.

Surveillance footage captured some kids moving the burning incense closer to the car before the incident.

The now burnt BMW 5-Series cost him about N28.8m (80,000 dollars),that’s twice the cost of the same model in the United States due to Chinese government’s imposition of high taxes on imported cars.