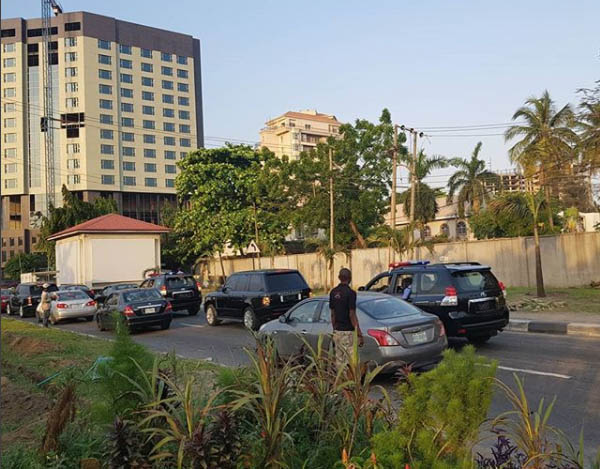 From 0 – 10, how many police escorts do you think a rich man should have?

Alibaba shared his experience with a very big man who was spotted on the street of Lagos with 10 police escorts.

“I spent 3 hours today directing traffic today on Alfred Rewane Road. The drivers obeyed until 3 gun trotting policemen jumped down from these 2 escort vehicles… to do their priority traffic control. Told one of the officers to take it easy. Because if I had not been there helping with the traffic they wouldn’t have made it this far. “OGA DEY HURRY”. Really? Who be your Oga?.. I walked up to the vehicle and asked OGA to wind down. But another set of 3 armed policemen, alighted from the escort PRADO… By which time the gun brandishing officers had made way for our very very very important personality. He had to be very very very important. 10 security details attached to one man. Out of a depleted police force of less than 2 million officers. Anyway… What do I know? Shebi I am just a comedian?”

When you become a big man, how many police escorts will you have? Tell us in the comment section. 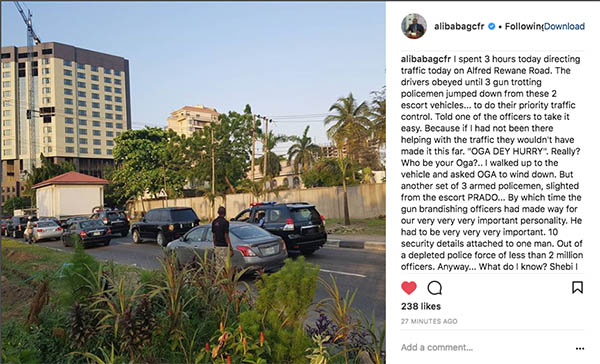