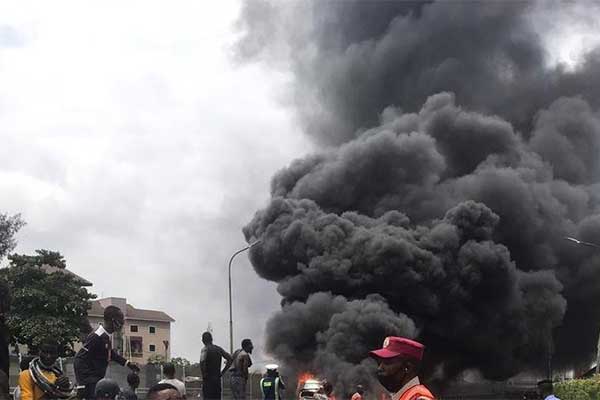 A commercial bus popularly known as Danfo exploded at the exit end of 3rd Mainland bridge today. The bus was said to be conveying unknown amounts of diesel and it exploded at around the Adekunle exist of the bridge. The Lagos State Emergency Management Agency (LASEMA) are already at the site as they have put out the fire.

Although no information about the accident was given, nobody for sure knows what happened with details very sketchy. No life was lost in the process but until a confirmation is made.

Inasmuch as that diesel oil isn’t as inflammable as fuel, there’s a mystery that needs to be solved. In a couple of days or so full details will be unravelled. But that being said we should be careful in storing petroleum products because we don’t know when they will go off. 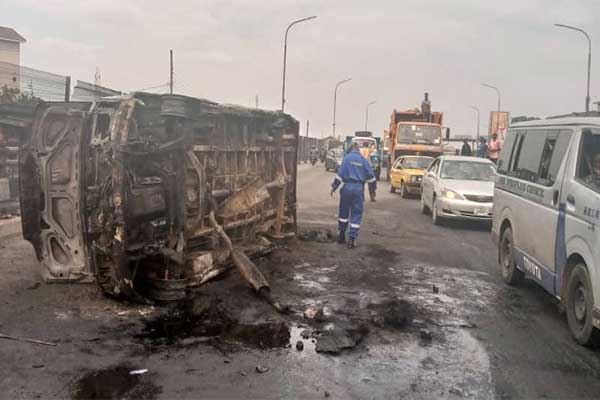 Would you pay N22million to service your N570million Bugatti Veyron like Floyd Mayweather?