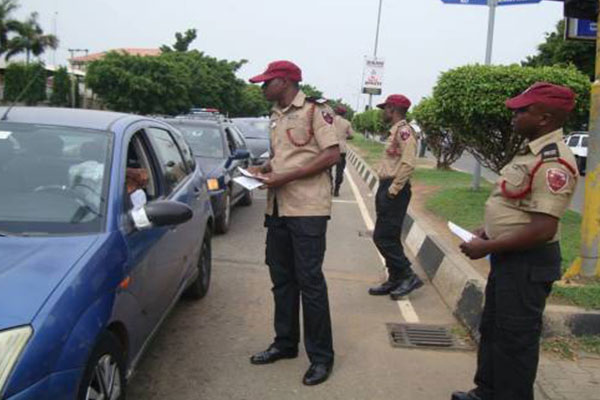 The Federal Road Safety Corps (FRSC) recorded a total of 103 road traffic crashes (RTC) during the recent Easter patrol as against 200 in the same period in 2019,  which represents a 14 per cent decrease.

The corps also covered 1,575 routes, impounded 3205 vehicles, and apprehended 5,630 offenders for committing 6,880 offences. This is in addition to arraigning 87 offenders in mobile court, as well as convicting 79 with option of fine and sentencing one to prison.

The corps public education officer, Bisi Kazeem, disclosed that the decrease recorded in RTC was largely due to the establishment of station offices in almost all the 774 local govenments in the country, as well as intensified public enlightenment and sensitization campaigns held nationwide in collaboration with key stakeholders in the transportation sector.

He also identified effective patrol operations as another major factor that contributed to the reduction in road crashes, when compared to the same period of Easter celebration in 2019.

According to him, “The effect of the massive sensitization, enhanced visibility and general enforcement deployed in collaboration with stakeholders is evidenced in the recorded decrease in total number of road traffic crashes and offences recorded in 2021. It also implies that drivers have stepped up compliance with established traffic regulations.”

In the same vein, within the period under consideration, a total of 162 offenders were arraigned in mobile court in 2019. This is against a total of 87 offenders arraigned in 2021, representing another decrease of 46.30 per cent.

Given the breakdown of the recorded decrease in crashes during the general operation, the spokesperson noted that out of the 103 accidents  in 2019, 37 were fatal as against 26 in 2021, representing 30 percent decrease {in fatal crashes alone}.

On vehicles involved in RTC, Kazeem said that a total of 175 vehicles were involved compared to 218 in 2019.

He gave the breakdown of the vehicles involved in road traffic crashes across the nation. They are as follows: 15 tanker/trailers, 17 trucks, 28 buses, 57 cars, 45 motorcycles, six tricycles, and seven pickups.

Quoting the Corps Marshal, Dr. Boboye Oyeyemi, Kazeem stated that the corps now has a wider coverage. This is due to the establishment of more FRSC commands, outposts  and road side clinics. New zebra points now feed in reports from different routes that were hitherto not thoroughly covered.

He stressed that the decrease in number of road crashes, the number of persons involved, as well as recorded reduction in the number of persons killed is due to enhanced visibility. Then there is the establishment of station offices across almost all the local governments of the federation.  There is also the massive public sensitization, and effective patrol operations during the period across all FRSC formations.