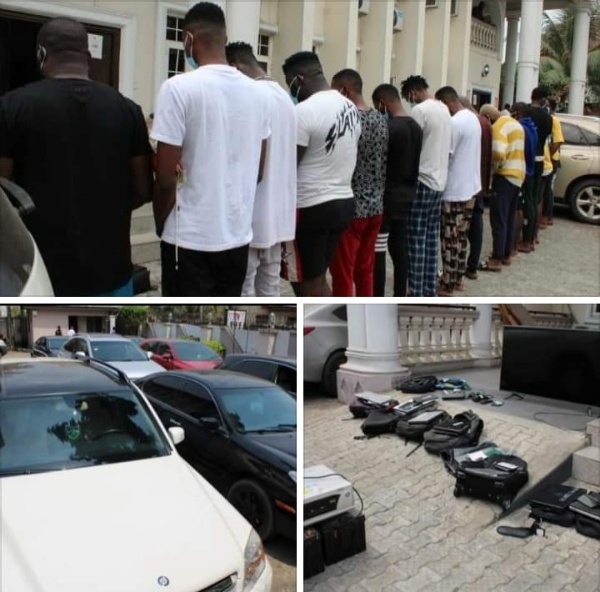 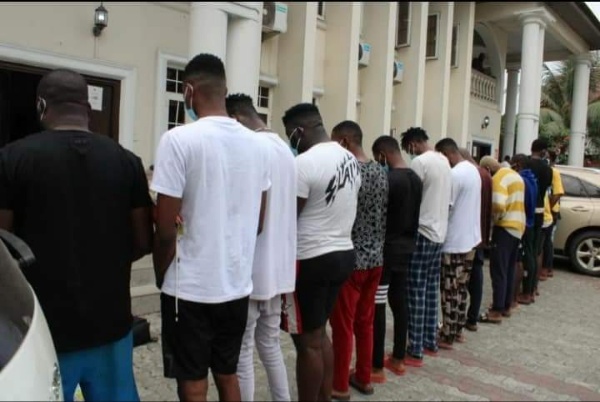 The suspects, including a 28-year-old medical practitioner, Chijioke Precious, were arrested based on intelligence around 1am on Wednesday at Umuguma area of “World Bank” in Owerri, Imo state. 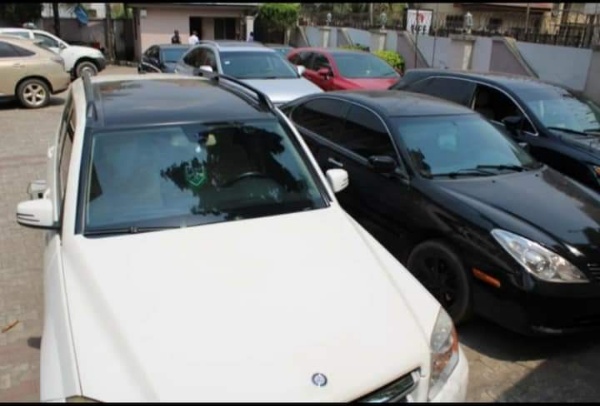 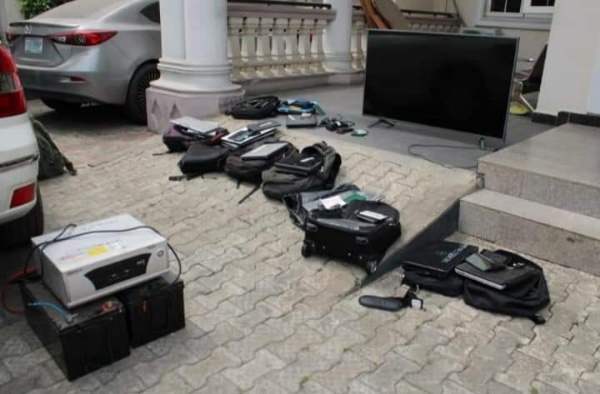 Other items recovered include over 20 sophisticated mobile phones; more than 12 laptops; four inverter batteries; one big screen television and jewelries suspected to be proceeds of crime.

The suspects will be charged to court as soon as investigations are concluded.

Umahi Advocates Use Of Concretes In Roads Construction