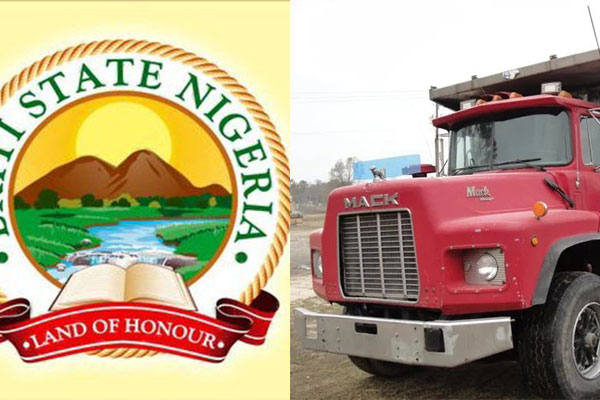 Ekiti State Government presents letter of recognition to Union Of Tippers And Quarry Employers Of Nigeria.

The Ekiti State Government had presented letter of recognition to Union of Tippers and Quarry Employers of Nigeria (UTQN).

The Chief of Staff to the Governor, Hon. Biodun Omoleye presented the letter through the Senior Special Assistant on Mobilisation, Prince Tunji Ogunlola. The Chief of Staff urged the members of the union to always be proactive, and must cover the quarry with tarpaulins for safety of other road users.

He advised them on illegal offloading of quarry on roadsides and inside drainages.

He also charged members of the Union to ensure that their drivers stop the habits of reckless driving within the state which is becoming overbearing that anyone caught will be sanctioned.

While responding to the chairman of the union, Prince Ogunlola stressed that the State Government is striving in developing the state. The government is helping out the body despite the economy of the state. He then mentioned the projects across the 3 senatorial districts. It ranges from construction and rehabilitation of roads, renovation of health centres. Ogunlola further made mention of construction of airport, building of 4 model schools in Ado Ekiti. Also, completion of some abandoned projects and  and many more are part of the projects.

Ogunlola said the state government has partnered with World Bank to construct 1,000KM Rural access roads. The roads would cut across the sixteen Local Government of the state. He advised the Union to visit  Micro-credit and Entrepreneur Development Agency(MEDA) office for Numerous Empowerment programmes which can be of benefit to their Union.