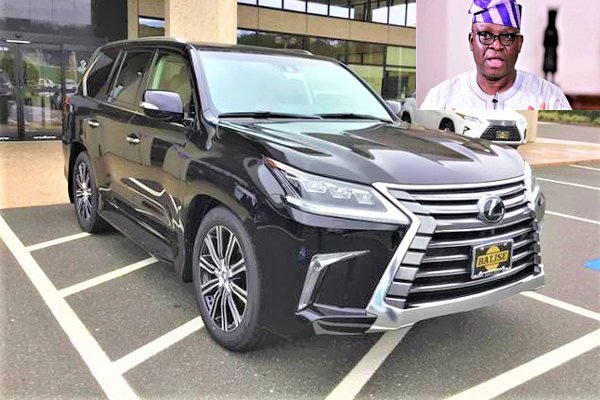 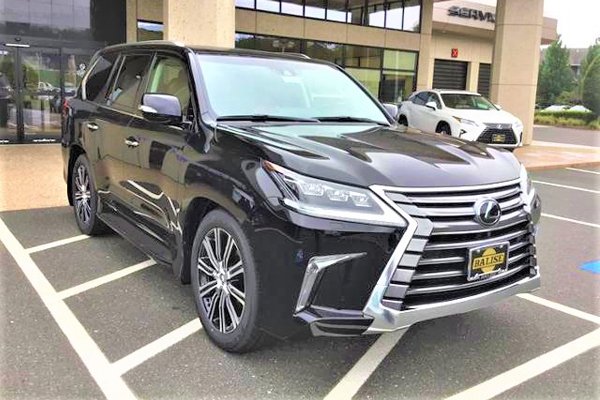 There is unease in Ekiti State over the approval and purchase of a 2018 Lexus LX 570 Sport Utility Vehicle (SUV) valued at N75 million for Governor Ayo Fayose as a “parting gift”.

The purchase is causing anxiety in the civil service as fear grips officers involved in the deal ahead of the change of government on October 16.

It was learnt that the vehicle was bought about a month ago but our reporter sighted the documents on the deal yesterday.

A civil servant, who spoke in confidence, described the deal as “strange, suspicious and unheard of” at a time government workers and retirees are owed salary arrears.

A memo for the purchase of the vehicle emanated from the Political and Economic Department of the Governor’s Office through the Office of the Secretary to the State Government (SSG).

The letter authorizing the purchase of the SUV was addressed to the SSG, Dr. Modupe Alade.

It was written by Mr. Bayo Opeyemi, the Executive Secretary/Director General, and was dated August 1.

The deal was alleged approved same day by Fayose with his signature on the document.

The memo reads: “Kindly refer to the request for the direct procurement of one unit of 2018 Lexus LX 570 (U.S Specs) as a parting gift for the governor by the Political and Economic Affairs Department of the Governor’s Office at Page 15.

A Certificate of No Objection (CONO) for Contract Award for the procurement of the SUV was also issued by Ekiti State Bureau of Public Procurement, dated August 3.

A Certificate of Purchase (COP) was also issued.

A civil servant familiar with the deal said: “The question people should be asking is: why is the outgoing governor approving the parting gift for himself?

“It is not the outgoing governor that will determine what the state will give to him. There is more to it than meets the eye.

“The incoming government must get to the root of the matter and all those involved, whether civil servants or politicians, must be brought to book.”

Former Minister of State for Works, Prince Dayo Adeyeye, slammed Fayose for allegedly buying the SUV as a parting gift.

He criticised the payment of N43 million severance package to himself and deputy, Prof. Kolapo Olusola.

Adeyeye also criticised the governor for alleged sale of government property and auction of government vehicles to cronies at “ridiculous prices”.

The former minister, who declared his intent yesterday to run for Ekiti South senatorial, said the governor’s latest action showed that he (Fayose) did not love the workers and masses as he used to claim.

He added that it was callous of the governor to buy a luxury vehicle for himself with the state fund when workers are owed between five and eight months’ salary arrears.

Adeyeye urged the All Progressives Congress (APC) leadership in the state to be more vigilant to prevent the state from being plundered by the outgoing administration.

He said: “I have always identified Fayose as a selfish person. He only thinks of himself. I have always maintained that the governor can’t be trusted.

“I know he will like to appropriate everything to himself. We learnt he has been selling state assets, like the Erunfun Land on Ijan road. That land was bought by Chief Obafemi Awolowo in 1949 and he never appropriated it.

“We have had many governments in Ekiti: former Governors Segun Oni and Kayode Fayemi never contemplated selling the land, but Fayose was planning to sell it to himself. Ekiti people won’t accept that.

“It was Fayemi who supposed to send him off, but due to selfishness, he (Fayose) decided to appropriate that to himself. That is not the trait of a good leader.

“For four years, Fayose didn’t do more than five projects and he claimed he has performed. He only touched two towns throughout the time. Schools, hospitals and roads have decayed under Fayose. No investments in Agriculture, road network, everything was neglected.

“Not even a single investment was witnessed in agriculture. So, that victory (last governorship poll) was a sound one for APC and Ekiti people.

“Fayose made several agreements with leaders of the Peoples Democratic Party (PDP) in 2014 to win the governorship election. He never fulfilled any. He manipulated everything to suit himself in the PDP, despite the fact that I nearly won the governorship primary before I decided to defect to APC, just to defeat him at all cost.”

The Chief Press Secretary to Ekiti State Governor, Mr. Idowu Adelusi, has debunked the alleged purchase of a N75 million Lexus “parting gift” to the governor from government coffers.

In a text message to our reporter last night, Adelusi challenged anyone with evidence of the purchase to present same.

The governor’s aide urged anyone with evidence that Fayose paid N43 million as severance package to himself and his deputy, Prof. Kolapo Olusola, to show it.

He described those criticising the purchase of the vehicle as “ignorant”.

Adelusi said: “Those who alleged should come forward with genuine evidence of purchase of the vehicle as well as payment of severance allowance.

“Those who are saying these things are ignorant of the law.” 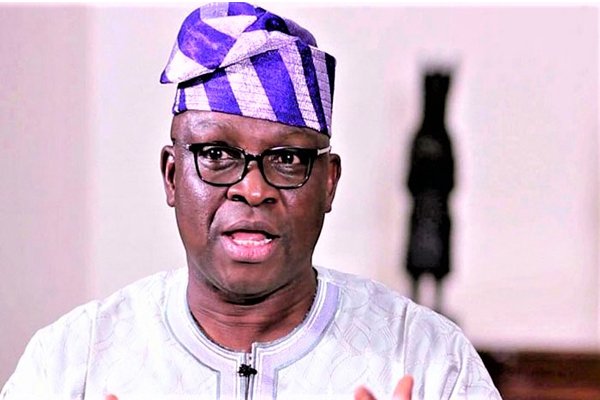 Tiwa Savage Shares Photos Of Herself In A Rolls Royce (Photo)