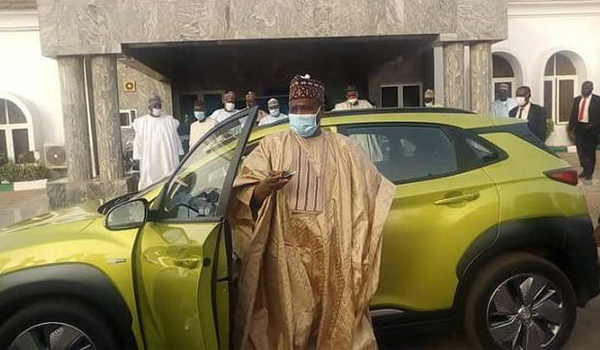 He said with the inauguration of the maiden Nigeria electric car which was assembled by Stallion Motors, a cultural revolution is in the offing that would generally affect the lifestyles and life chances of Nigerians.

The Governor made this observation on Friday. He said this when he received the Electric Hyundai Kona at Government House, Sokoto.

The car is part of items on exhibition at the ongoing National Trade Fair for Sokoto, Kebbi and Zamfara states. The event is holding in Sokoto.

The governor was presented with the car by 55 year old Jelani Aliyu.

Jelani is the Director-General of the National Automotive Design and Development Council (NADDC). 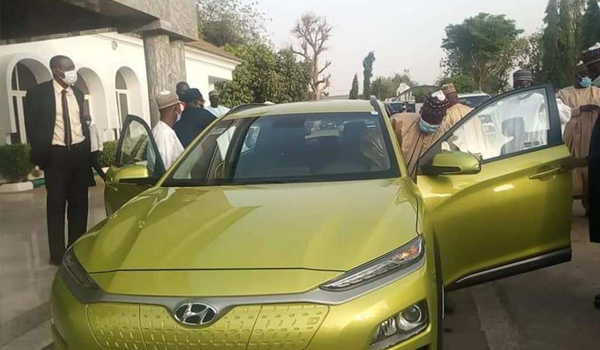 According to Gov. Tambuwal, as global scientific achievements push towards zero use of fossil oil, the country is going to have many similar technological breakthroughs as the electric car that would revolutionize the way homes are made and kept, roads are built and managed alongside the evolution of much other material cultures, thus generally affecting the people’s lives.

In this vein, he appealed to the federal government to take appropriate measures towards exploiting the potentials of Sokoto State in order to support the diversification of the state and federal government economy into the future. First Electric Car Assembled In Nigeria

Enumerating some economic potentials of the state, Gov. Tambuwal emphasized the availability of solid minerals and agricultural prospects, both of which if boosted could support the local and national economy.

He, therefore, appealed to the federal government to pay more attention to these sectors as much of the world is moving away from dependence on hydrocarbons for their economic sustenance and the drive to meet the economic needs of respective countries. 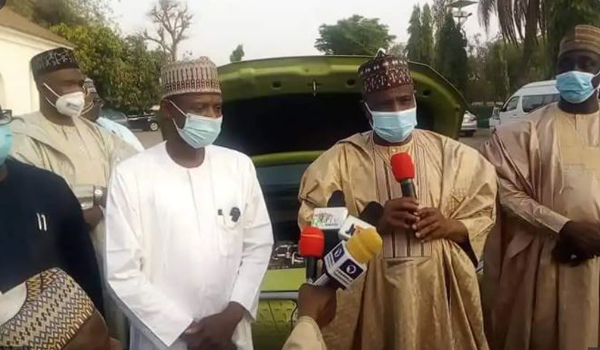 The governor who said it was the first time in his life that he drove an electric car. He commended the initiative of the vehicle assembler. He also thanked the Director-General of NADDC for the Council’s participation in the trade fair. The Governor said that its presence will attract a lot of investment to the state and the sub-region. First Electric Car Assembled In Nigeria

Tambuwal, taking a cue from Jelani’s brief on the new car described it and its technology as interesting. He also said it was environment-friendly. He added that it is also cheaper in terms of maintenance.

While giving kudos to Jelani for being a great ambassador of the state at home and abroad, he assured that the state government will do everything humanly possible to support whatever it is he will be involved in for the betterment of humanity.Electric Car Assembled In Nigeria

See Also: Jeep: A Term Nigerians Often Use Instead Of SUV

Amaechi: Work On Lagos-Calabar Railway To Start This Year