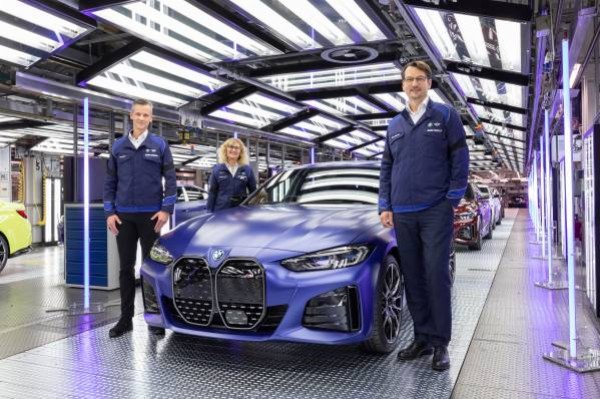 The first-ever all-electric BMW i4 rolls off the production line at the automakers 100 year old plant in Munich, Germany.

BMW will produce the all-electric BMW i4 alongside several other conventional and plug-in models at its Plant Munich.

BMW is aiming that by 2023, more than half of all vehicles from the Munich plant will have an electric drive. 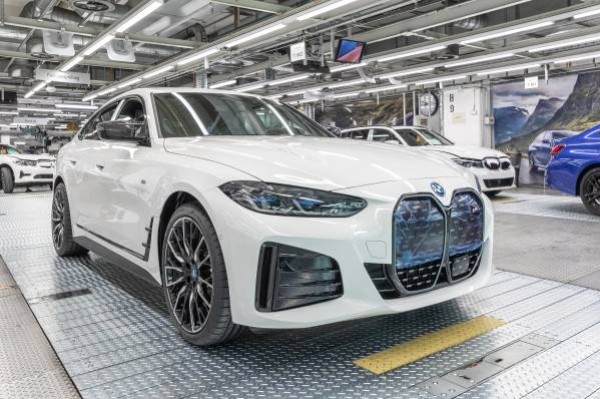 BMW is celebrating a manufacturing and a production milestone at its almost 100 years plant in Munich, Germany, as the first-ever all-electric BMW i4 model rolled off the production line on Friday.

The production of the all-electric vehicle also kicks off an electric future for BMW, as the German marque is targeting “exactly the niche that Tesla is also serving with its offering.”

Production board member, Milan Nedeljkovic described the i4 as “a milestone for this plant and its team on the road to e-mobility.”, adding that BMW is aiming that “by 2023, more than half of all vehicles from (our) Munich will have an electric drive,”

BMW will produce the all-new, all-electric BMW i4 alongside several other conventional and plug-in models at its Plant Munich in Germany, thanks to an upgrade worth €200 million. 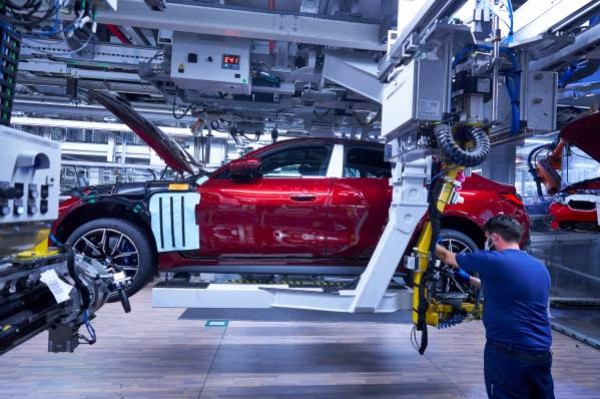 The company currently produces combustion-powered and plug-in hybrid BMW 3 Series Sedan and Touring, the BMW M3, the BMW 4 Series Gran Coupe and the i4 EV at the Munich plant. 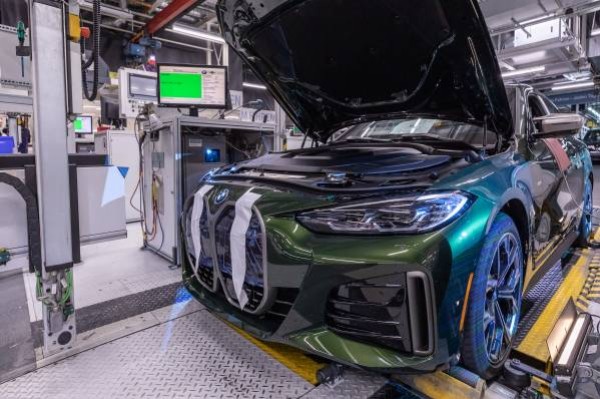 The production of all drive variants on a single assembly line at the Munich plant requires a lot of flexibility and integration, according to Peter Weber, Director of BMW Group Plant Munich.

Weber admits that setting up production of the fully electric BMW i4 at the almost 100-year-old plant, the conversion and installation of systems proved particularly challenging. 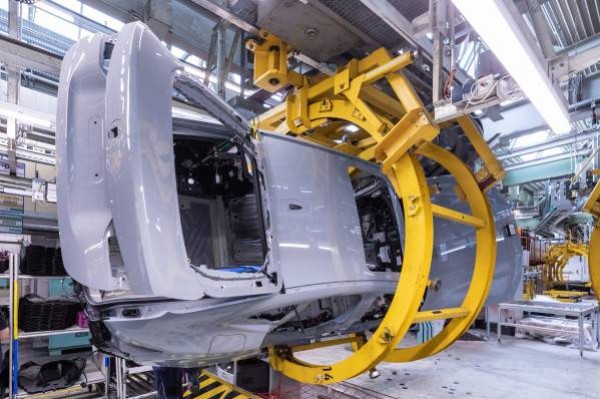 “We succeeded in integrating the new vehicle into our existing systems without halting production. The team and our partners did an amazing job,”

BMW also explains that the main difference between the i4 EV and conventional architectures is the electric drive and high-voltage battery, adding that about 90 percent of existing systems are common.

Fuel Crisis Loom, As Price Increases To N155 Per Litre At Depots