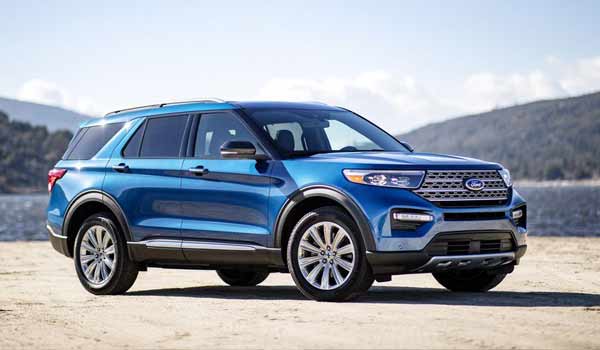 Ford announced that it will soon offer an electric version of the Explorer SUV, as part of a plan to make EVs 40 percent of the Ford lineup by 2030.

At a financial presentation today, the automaker also said that it is currently developing new electric platforms that support rear- or all-wheel-drive vehicles. One of them is for “rugged SUVs,” and we think it’s for an electric Bronco.

The Ford Explorer is  the best-selling three-row SUV in America.

The Explorer will join the Mustang Mach-E electric crossover, the E-Transit electric van, and the recently revealed F-150 Lightning pickup truck in Ford’s growing electric lineup, which Ford says will account for 40 percent of its total offerings by 2030.

Ford also announced that new rear- and all-wheel-drive flexible electric-vehicle platforms are in development for a new full-size pickup and other pickups, cargo vehicles, and rugged SUVs. With Ford dedicated to electrifying its iconic nameplates, the “rugged SUV” is almost certainly an electric version of the new Bronco off-road SUV. A hybrid version of the Bronco is coming, too, Ford previously said. 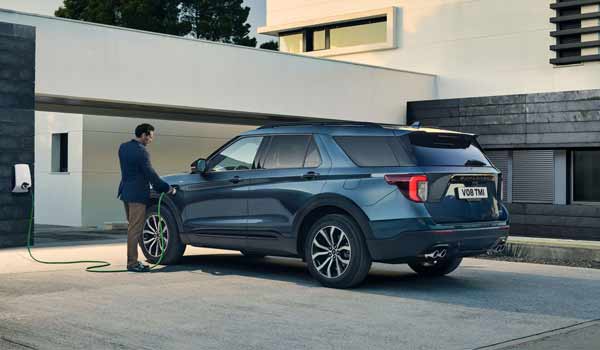 There aren’t currently any other new mid-size three-row electric SUVs on the horizon, although Tesla has offered a third-row option in its Model X and Model Y, but they’re extremely small. The Explorer is currently available with a 300-hp turbocharged four-cylinder engine, a twin-turbocharged 3.0-liter V-6 making 365 or 400 horsepower, or a hybrid 3.3-liter V-6.

Since the new F-150 Lightning electric pickup looks similar to the gasoline-powered trucks, we expect the electric Explorer to take a similar approach.

The F-150 Lightning’s interior is similar to the gas version, too, but the higher trims have a larger 15.5-inch touchscreen powered by Ford’s Sync 4A infotainment system (also found in the Mustang Mach-E), which should make its way into these future electrics from Ford.

Ford didn’t say when we’ll be seeing its upcoming electric vehicles, only that more details will be shared later.