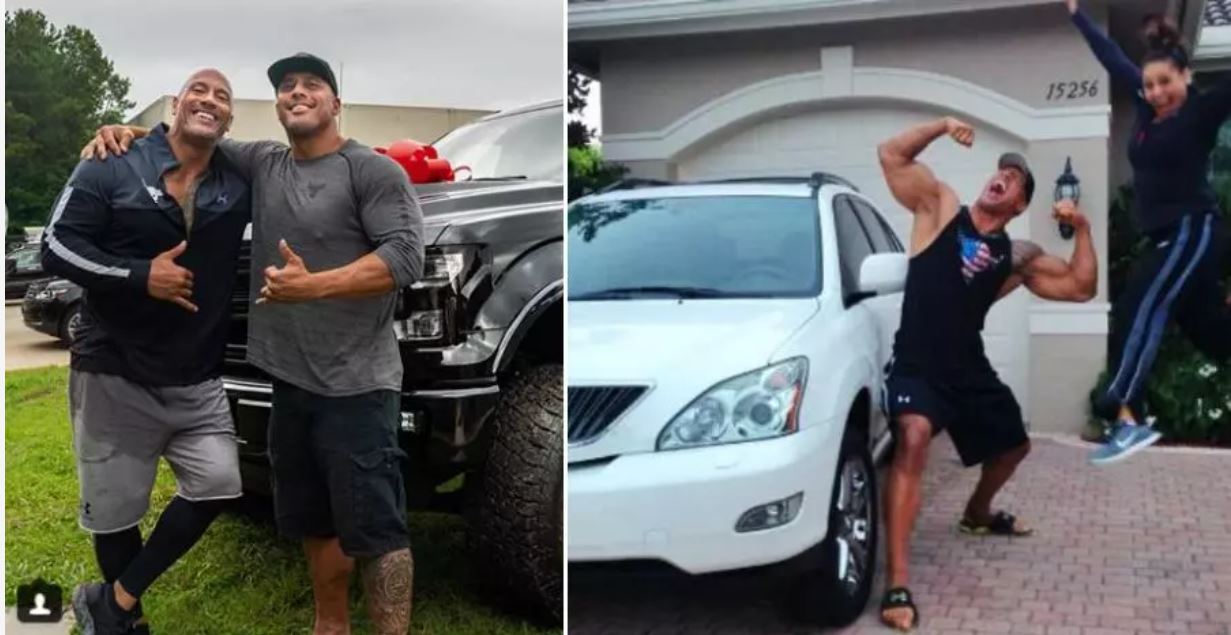 Johnson who is famously known as “The Rock” has become a very popular actor in Hollywood.

The wrestler-turned-actor has a few unique cars in his exotic garage and is quite the car enthusiast.

Dwayne Johnson has also become famous for giving out cars as gifts. He has done it quite a few times in the past.

Here are six such instances where Dwayne Johnson has presented people with car gifts. 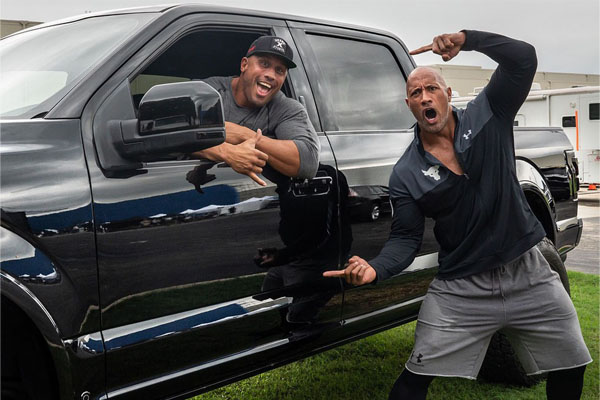 The Rock gifted a Ford F-150 pick-up truck to his body-double. He himself drives a lifted F150 and has bestowed a similarly lifted F-150 upon his stuntman. The black F-150 is one of the most brutish looking vehicles on the road and is very popular in the American market. It comes powered by a 5.0-litre V8 engine that produces a maximum of 570 Bhp. 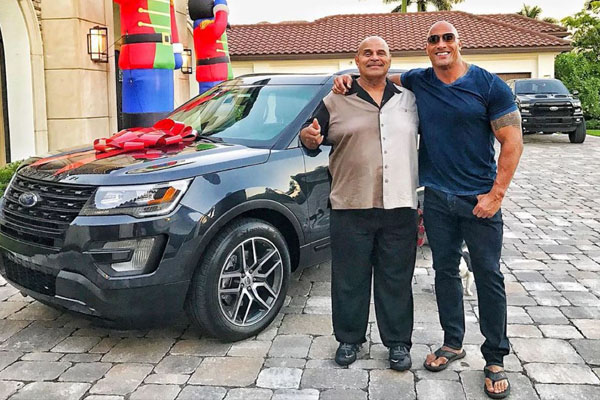 Dwayne gifted a Ford Explorer to his father. He shared a picture of the vehicle with his dad and said that his dad lives a very humble and simple life. The Ford Explorer is one of the most popular SUVs in the US market. It is powered by a 3.5-litre V6 that churns out a maximum of 290 Bhp. The car also gets the more powerful 3.5-litre EcoBoost V6 engine that generates a maximum of 365 BHP. Ford also offers a humble 2.3-litre EcoBoost engine with 280 BHP of maximum power. 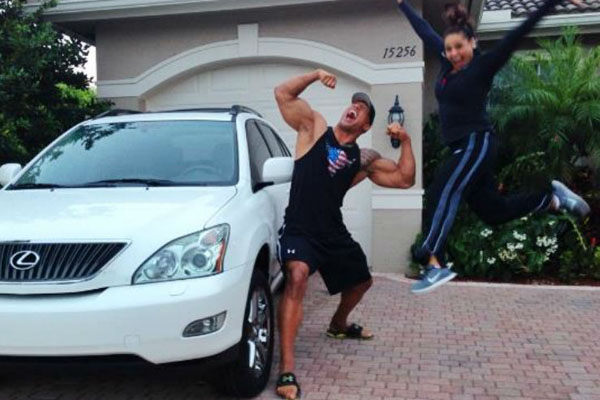 Dwayne gifted a Lexus RX SUV to his cousin sister in 2015. He surprised the lady who later posted a picture on the internet about the new SUV. The Lexus RX is powered by a 6-cylinder, 3.5-litre engine that develops a maximum of 270 BHP of power. 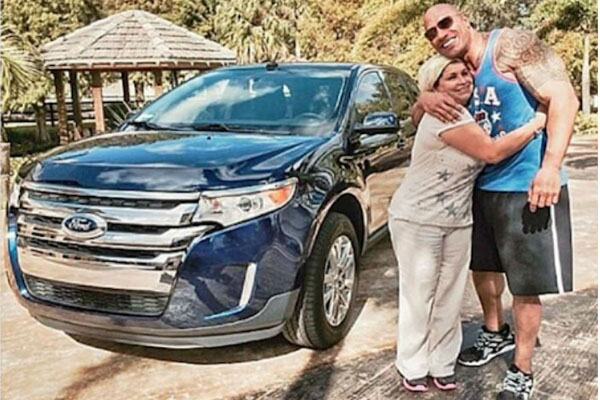 The Rock presented a Ford Edge to his family help, Esperanza, who was celebrating 10 years of her service. The Ford Edge is a mid-size SUV that looks quite brutish on the road. A 3.5-litre Duratec petrol engine that generates a maximum of 285 BHP powers the vehicle. 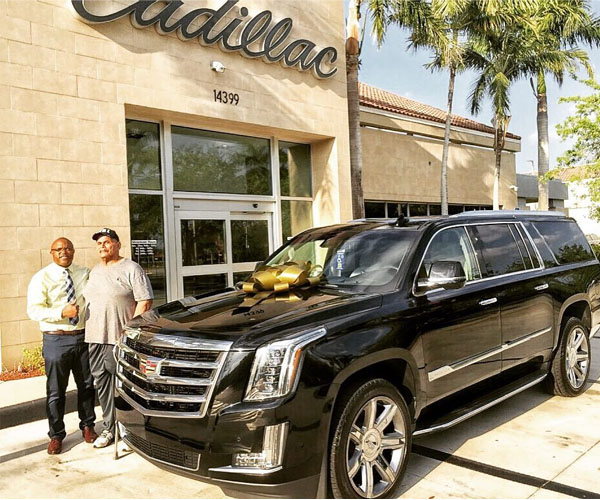 The Rock gifted a Ford Explorer to his dad sometime back. However, after his dad went through a surgery, Dwayne Johnson gifted him a Cadillac Escalade. The bigger size of the Escalade helps his aged father to get in and out of the vehicle easily. Escalade is available in two engine options and four variants. There is a 6.2-litre V8 engine and a 6.2-litre V8 EcoTec FlexFuel engine. Both the engines produce a maximum of 420 Bhp and 624 Nm of torque. Both the engine types are available in 2WD and 4WD options. 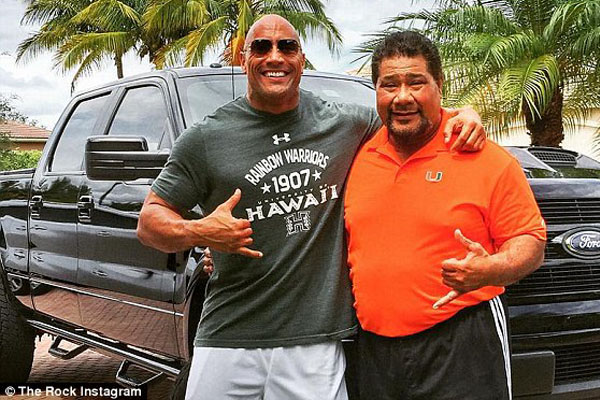 Dwayne gifted a Ford F150 Raptor to his uncle as a Christmas gift in 2015. His uncle Tonga was also a WWE wrestler and helped Rock get his career started at wrestling. He gifted the massive F150 machine with a 5.0-litre V8 engine that generates a maximum of 570 Bhp powers it. 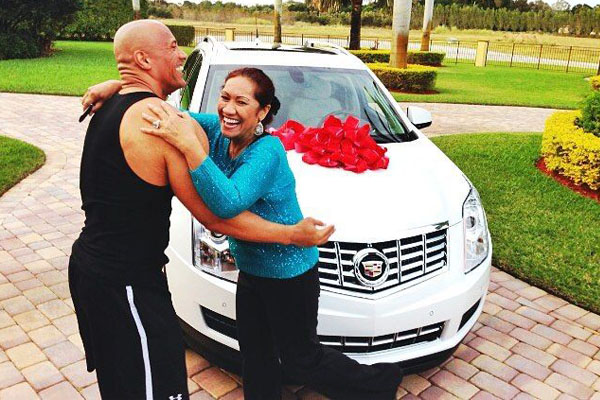 Johnson gave his family member Aja Elan Hashian the brand-new full-size luxury SUV, calling her the best sister-in-law in the world while Boston’s “More Than A Feeling” plays in the background.

American Rapper Quavo Gifts His Girlfriend A Bentley For Christmas