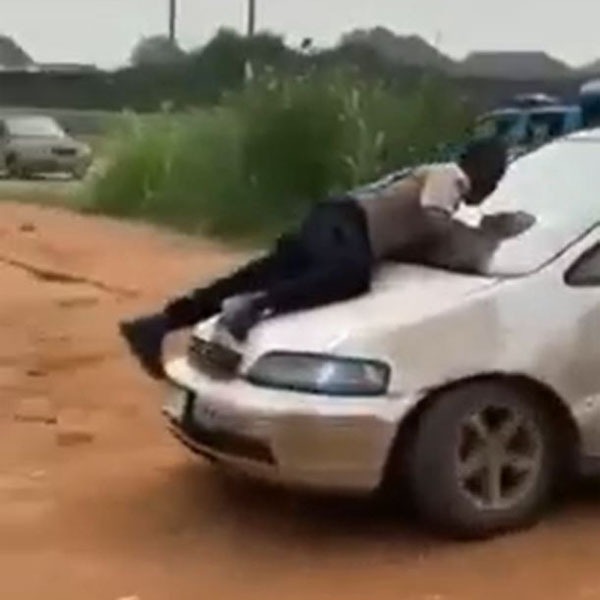 The Federal Road Safety Corps (FRSC) has reacted to the viral video of one of their officials on the bonnet of a fleeing motorist. Corps Marshal

Watch the now-viral video below.

The statement read, “The attention of the Federal Road Safety Corps has been drawn to a viral video circulating in the social media where a patrol team member of the Corps was seen on the bonnet of a vehicle (Honda Odessey) whose driver was attempting to avoid arrest having been accosted by the team for committing the offence of seatbelt use violation.

“The Corps Marshal is deeply saddened by the development and has ordered the entire team to be recalled to Lagos State Sector Command for investigation and appropriate disciplinary actions in line with the Corps’ regulations; while the erring driver faces immediate prosecution in a court of competent jurisdiction.

“That is why the Corps has been deploying technology to track all cases of absconding recalcitrant drivers of this nature.

“Motorists are warned that the above scenario is not a guarantee for drivers to continue to disobey traffic laws. Also exhibiting such dastardly acts put the lives of law enforcement agents at risk. Consequently, the Corps will utilize every legal option to arrest and prosecute the absconding dangerous driver.

The incident occurred on Monday, July 6, 2020, along Ikorodu-Sagamu road. It happened during special joint patrol operations. The operation was targeted at enforcing the Presidential Task Force directives on physical distancing. It also aims at preventing overloading amongst passengers to curb further spread of the coronavirus.