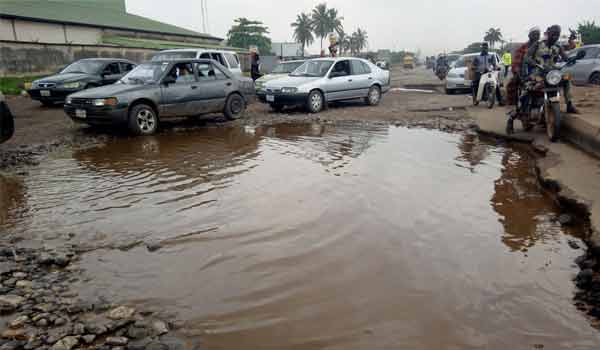 The Federal Road Safety Corps (FRSC), Ifo Unit Command, has appealed to the Ogun government to urgently repair bad roads around the area to ease free flow of traffic.

Mr Joseph Akinsanya, FRSC, Ifo Unit Commander, made the appeal in an interview with the News Agency of Nigeria (NAN) on Thursday in Sango-Ota, Ogun.

Akinsanya said the deplorable state of the roads had been a major challenge confronting its personnel toward discharging their duty.

“This development also affects us from getting to accident scene early sometimes, thus resulting to loss of lives.

“We are appealing to the government to fix bad roads in Ifo area so as to reduce the discomfort experienced by motorists,” he said.

The corps commander added that roads within the street that linked to major roads should also be repaired so that motorists could use alternative routes and reduce hours spent in traffic jams.

He urged motorists to cooperate with traffic personnel on the roads in order to reduce gridlocks.

Akinsanya, however, reiterated the Corps’ commitment to ensure safety of lives and property on the highway.