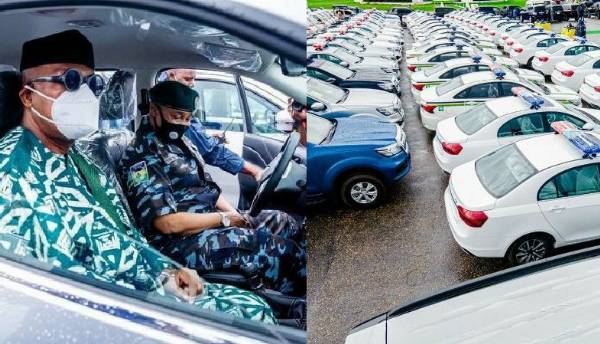 This handing over of security equipment was the second in series in the life of his administration.

In September 2019, his administration gave 100 vehicles and 200 motorcycles to all security agencies in the State. 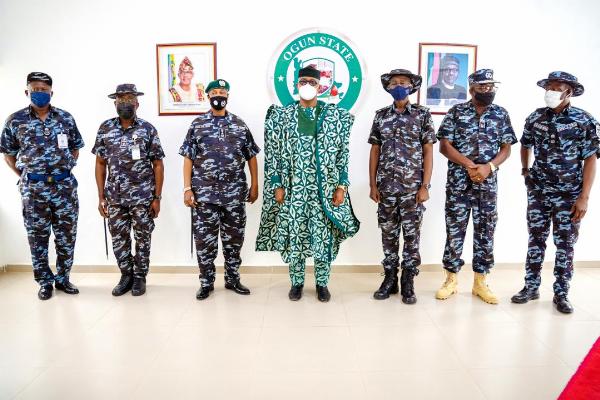 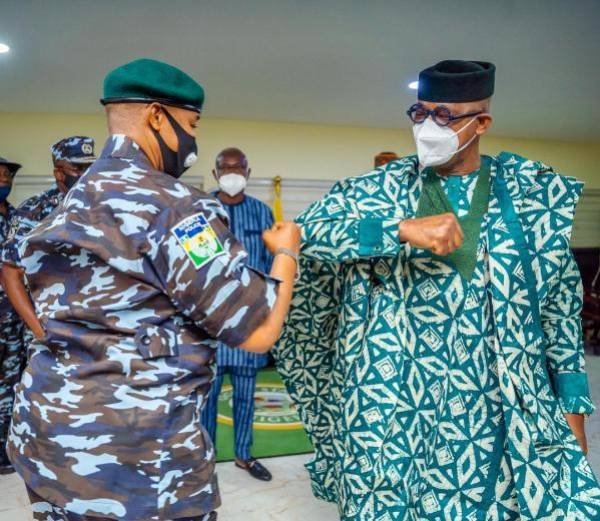 The Ogun State Governor, Prince Dapo Abiodun, on Friday, handed over security equipments to the Inspector General of Police, Usman Alkali Baba, to enhance their crime-fighting abilities in the state.

Crime-fighting items presented at the ceremony held at the Arcade Ground include 55 operational vehicles, 200 bulletproof vests and 20 helmets. 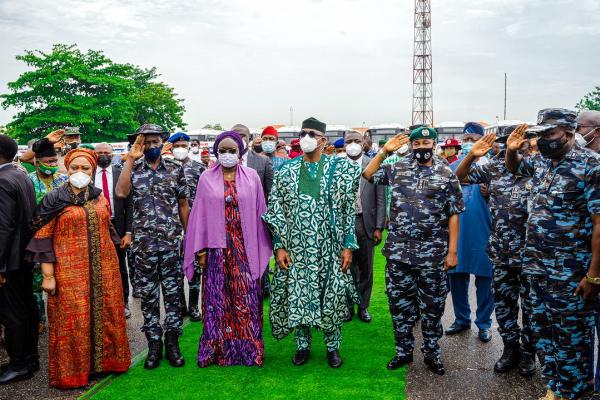 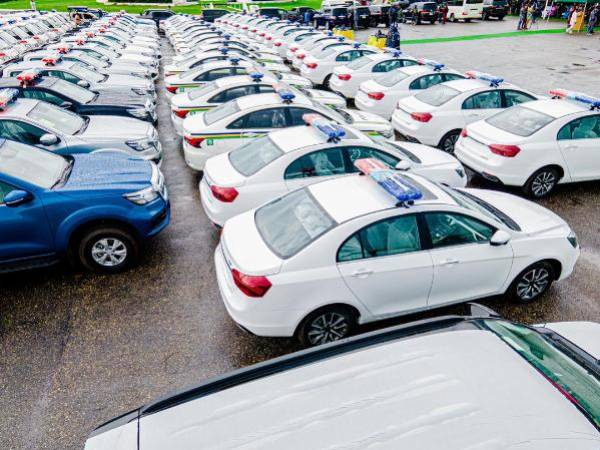 While speaking at the ceremony, the governor said Police and sister agencies in Ogun will continue to receive the necessary support to effectively police the Gateway State.

He hinted that his government had taken delivery of two out of six Armoured Personnel Carrier (APC) procured by his administration.

Governor Abiodun noted that this handing over of security equipment was the second in series in the life of his administration. 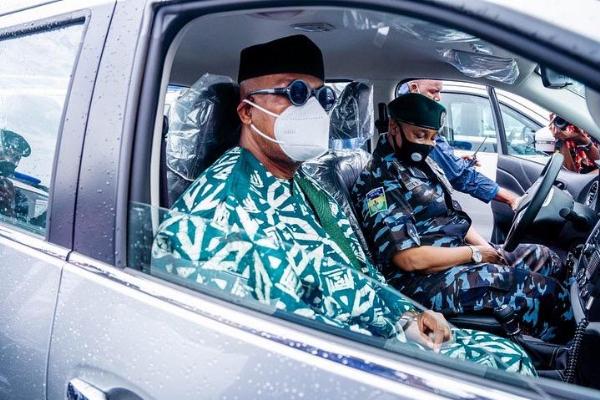 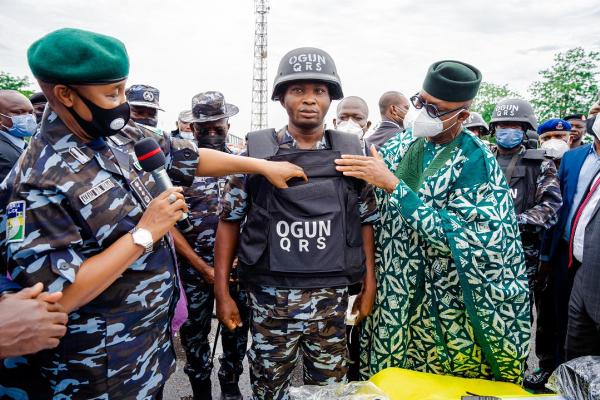 Recall that Abiodun’s administration had on September 6, 2019, gave 100 vehicles, 200 motorcycles and communication equipment to all security agencies in the State.

“Our support for the Security agencies especially the Nigeria Police is a continuous one. Security Infrastructure is extremely important and our commitment is to make the state safe for residents, visitors and investors alike,” he added. 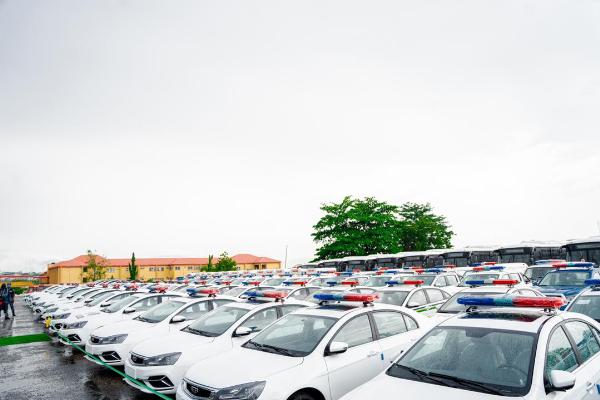 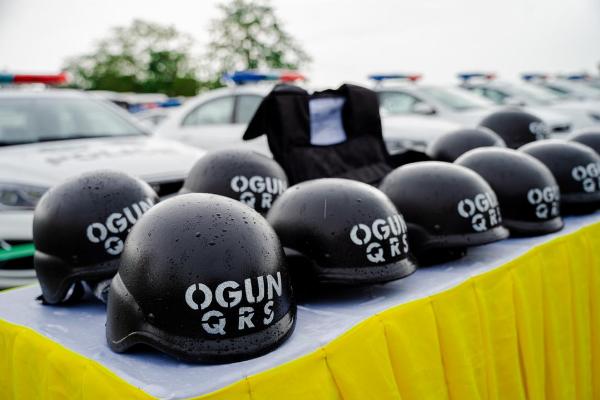 “Some people have tested our will at different points, but we have also shown them that Ogun State will never be a haven for criminals or criminal tendencies”