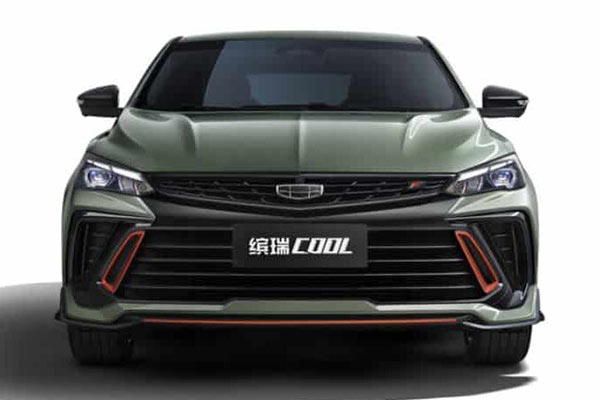 The sedan-coupe, based on the Binrui, is targeted at young and fashionable audience based on Geely’s newest design style.

Geely has released the official interior images of its upcoming Binrui COOL, built based on Geely’s global B-segment Modular Architecture.

The Geely Binrui Cool is a sedan-coupe targeting the young and fashionable audience based on Geely’s newest design style, “Racing Storm.” It is expected to be officially launched in the first half of this year, starting at 79,800 RMB or 12,600 USD.

The Binrui COOL is not an entirely new car. As its name may indicate, it is based on the Geely Binrui. The COOL is a more fancy variant of the Geely Binrui F Sport. You can see the F logo on the grille and the gear lever. The size of the new car is 4710/1795/1455, with a 2670 wheelbase.

The interior echoes the ‘cool’ appearance at a high level, as shown in its name. The cockpit adopts an enveloping design so that all information and controls are at the driver’s fingertips. 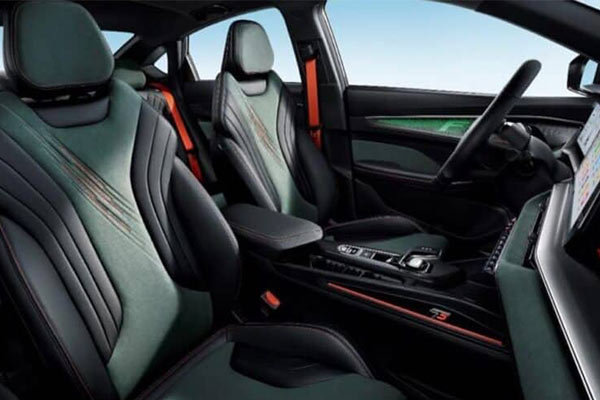 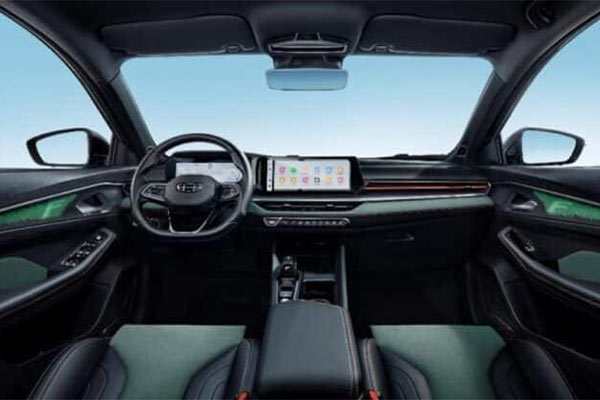 The center console is a carbon fiber-like material complemented by a metallic chrome strip leading directly to the mobile phone charging compartment under the central control screen.

The gear lever has been upgraded to a racing, electronic gear lever. Other interior configurations included the 72-color streamer ambient lights and rear exhaust vents.

A 10.25-inch full LCD instrument cluster and a 12.3-inch central control screen are on the instrument panel.

The interior adopts a black and green color scheme decorated with orange lines to create a strong visual impact. The enveloping design racing seats are dual-density and black polyurethane materials with orange stitching, covered with 3mm faux suede material. The seat cushion and backrest are designed with an inverse arc surface-based to the curved surface of the human body so that the seat can fully support the human back. 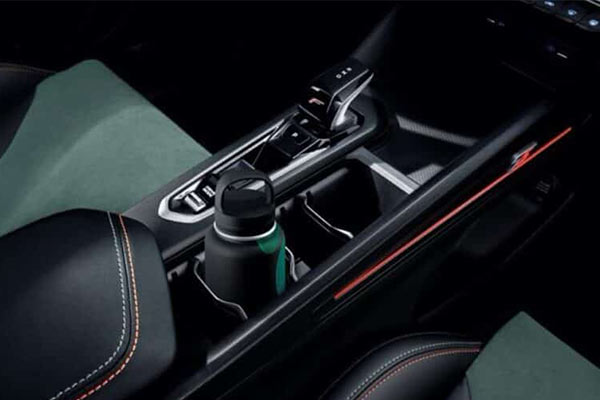 The dark green body matched with the raised lines on the engine cover, and the orange elements added on both sides of the large-mouth air intake grille make it sportier. The wheels are equipped with 17-inch blackened rims and bright-colored brake calipers to amplify the car’s combat atmosphere.

The car’s fastback shape along with its multi-waistline design enhances the car’s dynamic atmosphere. The large carbon fiber decorative wing and slender taillights make it highly recognizable in the rear.

Lastly, in terms of power, the Binray COOL is equipped with Geely’s new 1.5T four-cylinder engine with a maximum power of 133 kWh and matched with a 7-speed dual-clutch gearbox.