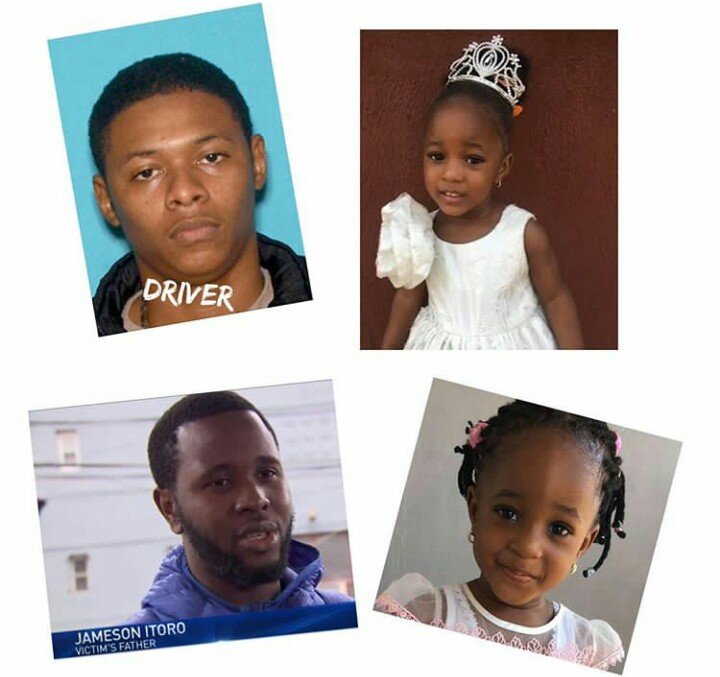 A 2-year-old girl who happened to be a Nigerian was rushed to a hospital in New Jersey after being hit by a hit-and-run driver on Mother’s Day.

As a result of the accident, she had rib fractures, collapsed lungs and was in critical condition.

Little Eno Itoro was hit while walking alone to the church which is just a short walk across the street. The driver took off afterwards.

Police said 26-year-old Romane Errol Sr. of Newark was behind the wheel when he slammed into the toddler just before 9:40 a.m. Detectives discovered his truck nearby shortly after and took him into custody.

Officials said the suspect was driving with a suspended and expired license. He was charged with operating a motor vehicle without a valid license and causing serious bodily injury.

In 2018, ₦189 Billion Worth Of Used Vehicles Were Imported Into Nigeria From USA

Admiralty Way-Lekki-Ikoyi Bridge Junction: What Is The Solution To The Regular Traffic Bottleneck There?