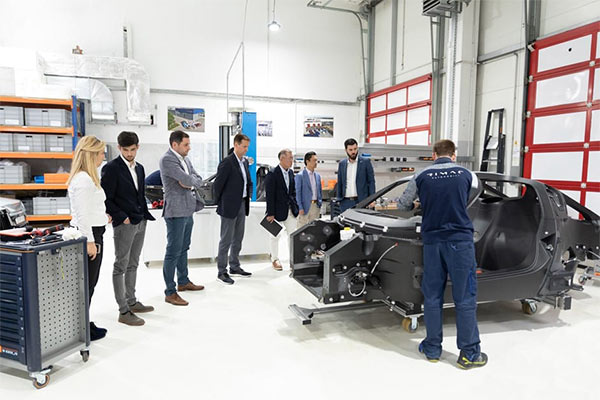 Reports says Hyundai will sell its 12% stake in Rimac due to the latter company’s increased investment from Porsche.

The relationship between Korean manufacturer Hyundai and Croatian electric vehicle specialist Rimac has reportedly come to an end.

According to Automotive News Europe, Hyundai will sell its 12 percent stake in Rimac due to the latter company’s increased investment from Porsche, with the Korean firm and its sister brand Kia allegedly unhappy with the German sports carmaker’s relationship.

Last year, Porsche increased its stake in Rimac from 10 percent to 24 percent, as well as instigating a joint venture which resulted in the manufacturers completing a 55-45 percent takeover of Bugatti from the Volkswagen Group, the majority of which is held by Rimac.

A spokesperson for Rimac told Automotive News Europe one project has been completed while two more are still active.

“We have two active high-level projects ongoing [with Hyundai], one completed and several future projects under discussion,” said the spokesperson.

“Hyundai has been supportive in the transformation of the company during the last 12 months – including the carve-out of Rimac Technology and joining forces with Bugatti under the new company Bugatti Rimac.”

It has been rumored the Hyundai Vision FK concept – a hydrogen fuel-cell joint venture with Rimac – won’t continue, although the Korean team might already have all the information it needs to make the model work.

The Hyundai Ioniq 6 is set to be the next electric vehicle to come from the carmaker, with its platform derived from the Ioniq 5 mated with a sleeker body shape – perhaps in a lesson learned from its Croation partner.