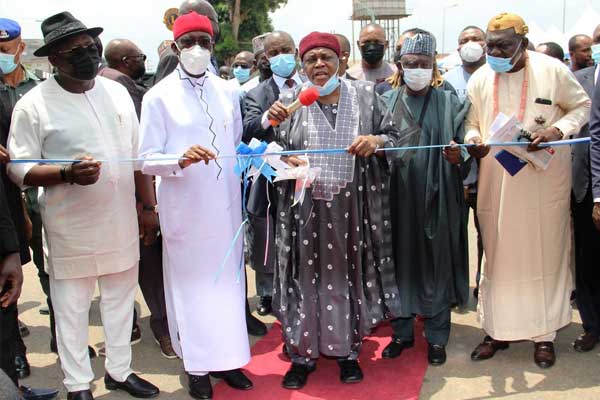 Taraba Governor, Arc. Darius Ishaku, said governments in Niger Delta States deserved accolades for infrastructure development as projects, especially roads cost more to build in the region than in the North because of the terrain. Roads In Niger Delta

Ishaku stated this on Friday in Asaba while inaugurating road projects in the capital city and Okpanam. The projects are Jesus Saves Road, Agric Road and dualised Okpanam Road.

He said that as a former Minister of Niger Delta Affairs, he was familiar with issues. Also, he said he undestands the terrain and cost of developing infrastructure in the region. He noted that he was impressed with the quality of work being done by Governor Ifeanyi Okowa in Delta.

Ishaku commended Okowa for his outstanding accomplishments and commitment to the growth and development of Delta and the Peoples Democratic Party (PDP).

“I am happy to be here in Delta for this momentous and historical occasion. Governor Okowa’s performance is a testament of the quality of leaders the PDP is putting up for governance in the states where they are leading.

“I am aware of his outstanding accomplishments in education, road construction, water supply as well as the empowerment of women and youths in the state.

“I have been opportuned to be Minister of Niger Delta and I know how difficult and how expensive it is to build roads in the Niger Delta because it costs up to four to five times of what we spend in the North. 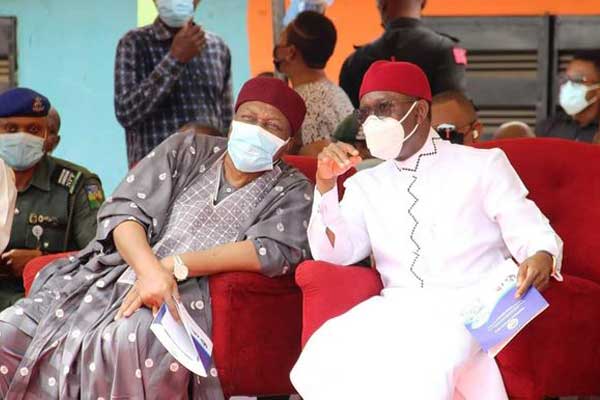 “Not many people know what goes on underground in the roads. Our people need to be told what Niger Delta states pass through in constructing roads.

“In most cases people don’t understand that the underground drainages cost even more than asphalting of the road itself.

“It is imperative that we continue to sustain our support to governors like Okowa, who has been doing extremely well for his people and for the PDP,’’ he said.

He added that PDP governors were working hard by providing the people with live-changing projects, and said “as we approach 2023, I urge Nigerians to support the party in our quest to take back power at the centre.

“Happily today the residents of these roads have joined the community of beneficiaries of the Okowa-led administration.

“Without mincing words we are proud of you, Governor Okowa. This is because you have done us proud in PDP. You have made your people happy as well.”

The governor thanked Deltans for the support and cooperation to Okowa and PDP. He urged them to remain committed in sustaining their support. Roads In Niger Delta

On his part, Governor Okowa welcomed Ishaku to Delta. He said,“we are happy as a people and happy as a state and on behalf of the government and people of Delta we welcome you to our state.

“As has been said, this area we are inaugurating this road today used to be a very difficult terrain. I must publicly appreciate the contractor, CCECC, for a great job done. I commend them especially for achieving the ground sewer to the Amilimocha River.

“Today the sewer is under the ground and with the reconstruction of the roads and the drains. Everything looks so good and we are happy that you are here to inaugurate these important roads.”

On the Okpanam road project, he said that the road was very key. This is because it connected the twin towns of Asaba and Okpanam.

According to him, the road connects two local government areas. We have completed it by ensuring that the storm water which used to be very problematic is now a thing of the past.

“We have completed six out of the eight storm drainages and still have two more. This is to ensure the completion of the entire storm drainages in Okpanam and Asaba and thereafter we can sleep with our two eyes closed,” Okowa added. Roads In Niger Delta

He thanked the people of Asaba and Okpanam for their cooperation. Their support is enabling the growth of the state’s capital territory.