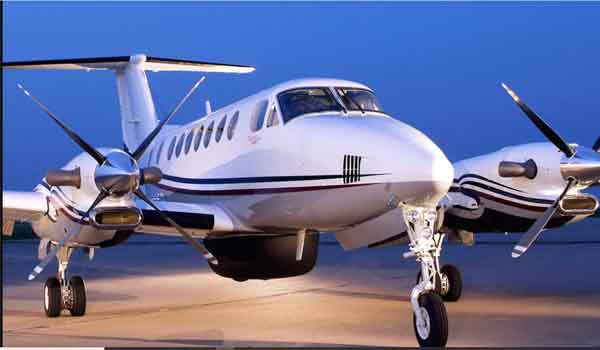 on 21 May 2021 , a Nigerian Air Force Beechcraft King Air 350i crashed. The incidence led to the death of its 11 occupants, including the Chief of Army Staff of the Nigerian Army Ibrahim Attahiru.

This would be the second Beechcraft King Air 350i in the fllet of the Nigeria Airforce to crash.

On 21 February, 2021, a Beechcraft King Air 350i aircraft crashed near Abuja airport, killing all seven people on board, according to officials.

In this article, we highlight some important information about the Beechcraft King Air 350 aircraft.

Beechcraft King Air 350 is the world’s most popular turboprop airplane. It is a high calibre performance aircraft with more payload capacity and short range runway usage.

The aircraft entered service in 2012 with configuration for two crew members – a pilot and a first a first officer. It has a capacity for a maximum of eight passengers .

It has two turbine engines manufactured by Pratt and Whitney with maximum take off weight of 6,800 kilograms.

It can operate a minimum runway length of 1,000 metres.

With a crushing speed of 300 nautical miles / 555 kilometres per hour , the aircraft has air conditioned , pressurized stand up cabin enclosed vanity room with satellite phone and CD player.

The Beechcraft King Air family is part of a line of American utility aircraft produced by Beechcraft.

The King Air line comprises a number of twin-turboprop models that have been divided into two families. The Model 90 and 100 series developed in the 1960s are known as King Airs, while the later T-tail Model 200 and 300 series were originally marketed as Super King Airs, with the name “Super” being dropped by Beechcraft in 1996.

The Model 90 King Air was conceived as the Model 120 in 1961. In May 1963, Beechcraft began test flights of the proof-of-concept Model 87, a modified Queen Air with Pratt & Whitney Canada PT6A-6 engines.

On July 14, Beech announced a new type, and a month later began accepting orders for the “King Air”, with deliveries to commence in Autumn 1964. 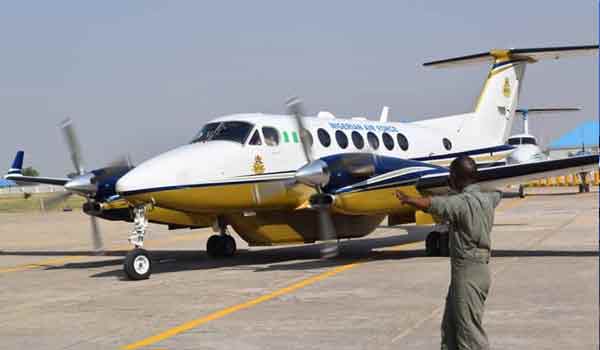 In July 2005, during the Oshkosh Airshow, Beechcraft introduced the C90GT. The C90GT was fitted with 750 shp (560 kW) PT6A-135As, flat rated to the same 550 shp (410 kW) as the earlier King Airs. This engine change increased performance due to lower operating temperatures, improving both cruise speed and climb rate. With a 275 kt (509 km/h, 316 mph) cruise speed, the C90GT was highly competitive with the new generation of Very Light Jets over short to medium distances, while providing a larger and more luxurious cabin. C90GT deliveries commenced at the beginning of 2006.

On May 21, 2007, during the 7th Annual European Business Aviation Convention & Exhibition in Geneva, Beechcraft announced the Model C90GTi updated version of the C90GT.

In 2015, the C90GTx was introduced with additional upgrades. In March 2021, Beechcraft discontinued the C90GT family, thus ending the Model 90 production run.

The U.S. military has used King Air 90s in various roles, primarily VIP and liaison transport, with designations including the VC-6A, the T-44 Pegasus, and the U-21 Ute.

The U-21 Ute used by the US Army was the most common version.

A number of aftermarket modifications and upgrades are available for 90 and 100 Series King Airs.

In addition to its use by military and government users, the King Air is also used by many non-governmental organizations, as well as by corporate and private users. This includes commercial use by air-taxi and air charter companies.

The Royal Flying Doctor Service of Australia previously operated a large number of 90 Series King Airs, but retired the last example in 2006, standardizing on the King Air 200 Series and the Pilatus PC-12 for its fleet requirements.

On November 19, 1996: A Beechcraft King Air collided on a runway with a United Express 1900C at Quincy Regional Airport in Illinois, killing all 14 people on board both aircraft.

On June 28, 2018: A Beechcraft King Air C90 crashed in a suburb of Mumbai, India, killing all four aboard and one on the ground; three people sustained injuries.

Emperor Menelik II: The First African To Own A Car