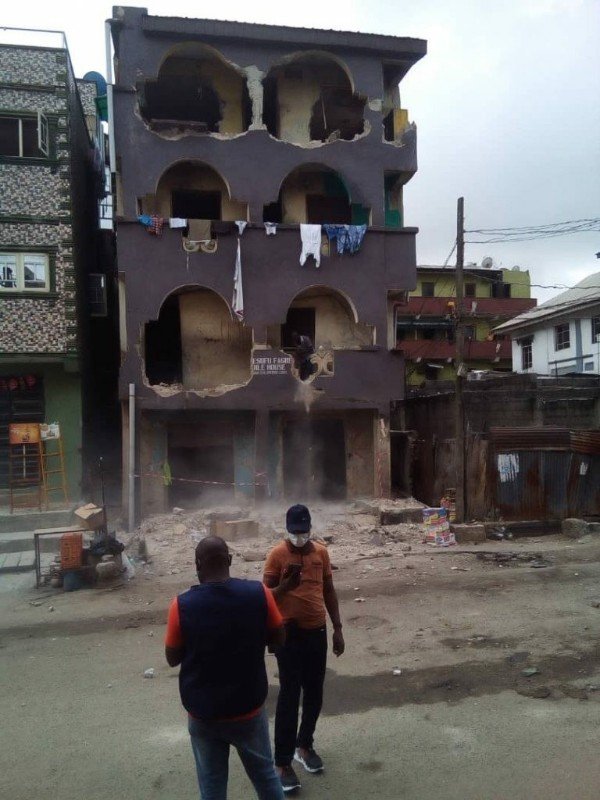 Those affected are mainly within Lagos Island and over 180 houses will be demolished in the exercise.

The demolition followed the Itafaji tragedy where many lives were lost on 63, Massey Street.

The agency’s task force began with the demolition of a three-storeyed building on 60A Freeman Street, Epetedo.

A pregnant woman, the proprietor of the nursery/Primary school and 19 others, including no fewer than 12 pupils died on Wednesday, witnesses and hospital sources said.

The pregnant woman was one of the persons rescued from the rubble, immediately after the building collapsed, but she died in the hospital.

Most of the victims were rescued from the rubble on Wednesday, but died at the General Hospital as doctors failed to save them.

10 different families occupied the first and the ground floors, while the school occupied the second and fourth floors.