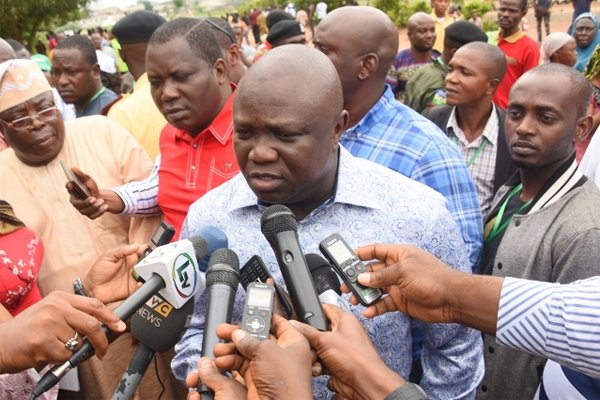 The Lagos State Government says plans have been put in place to stop the issuance of road worthiness certificate without examination of the vehicle. Governor Akinwunmi Ambode made this known at the inauguration of eight computerized vehicle inspection centers spread across the state recently.

The governor stated that with the centers in place, the issuance of road worthiness certificates would be hinged on the inspection of vehicles at any of the testing centres. He also said before the end of the year, 10 more centers would be opened.

He said the state government would partner the Federal Roads Safety Corps in ensuring that only roadworthy vehicles were allowed to ply all roads in the state. The governor also urged the FRSC to continue to collaborate with the Lagos State Traffic Management Authority and the Vehicle Inspection Service in ensuring that vehicles posing threats to safety on the roads were impounded and taken off the road.

“The plan is to replicate the centres in all the 20 local governments and 37 local council development areas of the state. We have taken this route to ensure we do not repeat what happened between 2013 and 2016, when over 416 lives were lost and 2,498 were injured due to road crashes on our roads as a result of human errors which research has proved to be responsible for 90 per cent of accidents, while mechanical and environmental factors account for only 10 per cent. Since the inauguration of the two centres at Ojodu and Ikorodu, 93,768 vehicles have been taken there between April 2017 and December 2017. Of these, 53,970 vehicles passed, 39,798 failed and 29, 977 of those that failed had a retest and passed. It is noteworthy that over 60 per cent of the vehicles that failed did so as a result of faulty brakes while others failed due to issues relating to lighting, suspensions, tyres and so on” he said.

Checkout 7 Nigerians Who Own Rolls-Royces In The UK