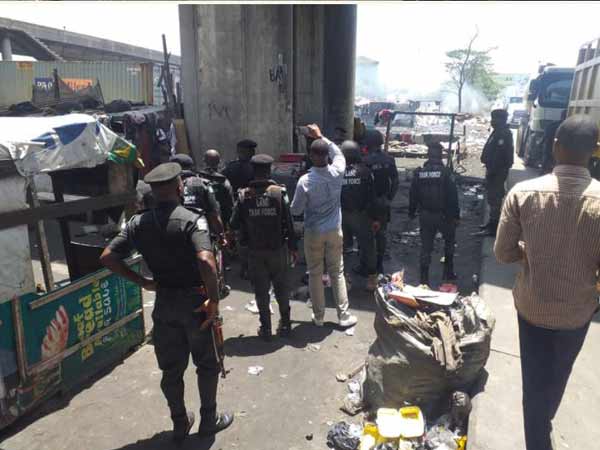 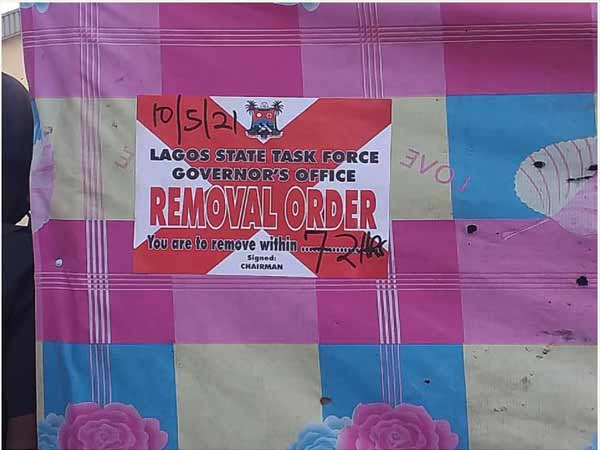 Lagos State Environmental and Special Offences Unit (Taskforce) today served squatters at Iganmu Under Bridge (Whitesand) a 3 – day Removal Notice of all illegal structures, trucks and vehicles in the area.

The Chairman of the Agency, CSP Shola Jejeloye, advised the owners of the illegal structures, abandoned trucks and shanties to immediately remove them as well as vacate the area within the stipulated date given to them by the State Government.

CSP Jejeloye while appealing to traders, mechanics, and other squatters living under the bridge in clusters noted that Government would enforce the 3-day removal notice on Thursday, 13 May 2021.

He disclosed that the ‘Removal Notice’ became necessary in view of the rising incidences of traffic robberies around the area and environmental nuisance caused by the squatters in the area.

The Chairman noted that Government is worried by the squalid environment and that it is serving as hideouts for criminals, who daily dispossess road users of their valuables every now and then, adding that the present nature of the environment allow criminals to escape police arrest. 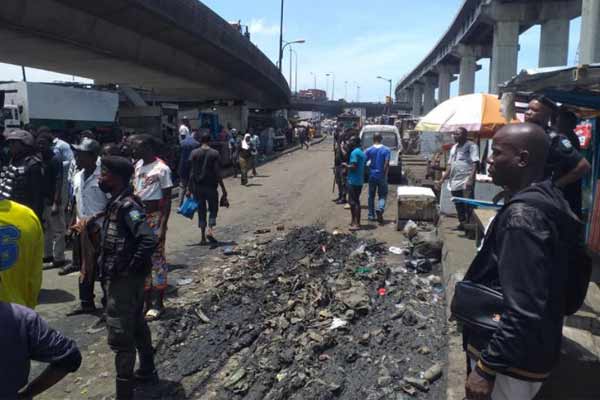 He added that the State Government is committed to reducing the traffic incidence around Ijora and Apapa and therefore becomes important to remove every bottlenecks to such policy. He stated that the indiscriminate parking and abandonment of trucks on the road is inimical to that policy.

He warned the owners of abandoned trucks and vehicles, shanties, containers, kiosks to remove them from the area before the expiration of the deadline, adding that this won’t be the first Notice of Removal being served on the occupiers. 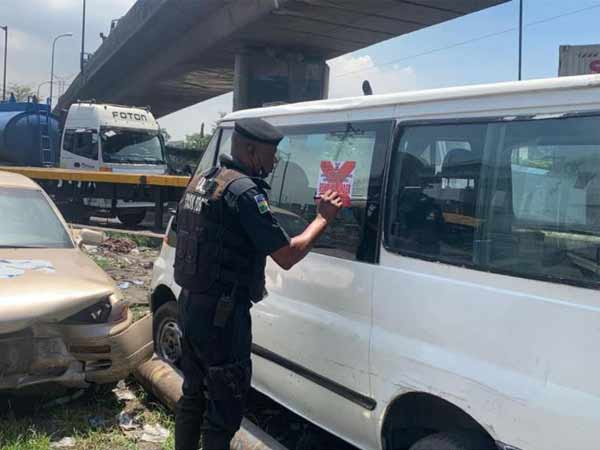 I can assure you that Government would enforce this notice come this Thursday”. 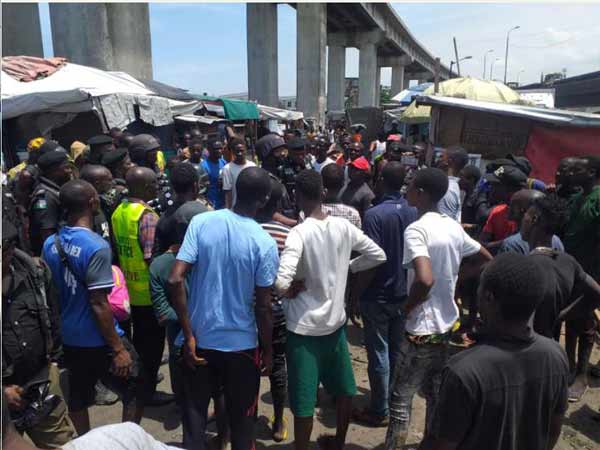 Israel vs. Palestine Conflict: Checkout Airlines That Have Suspended Flights To Israel