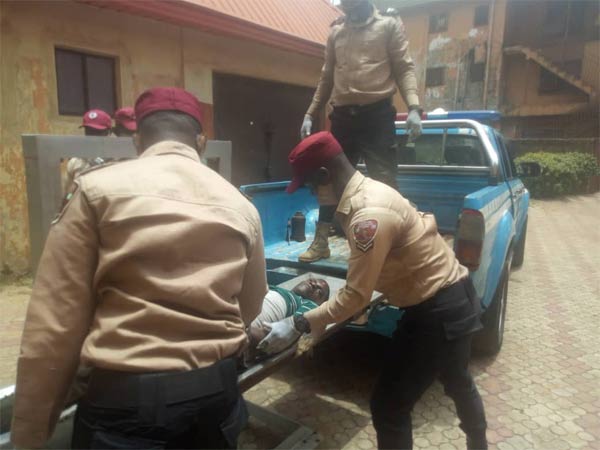 The Federal Road Safety Corps (FRSC) in Anambra State said a lone road accident on Zik’s Roundabout in Onitsha on Thursday claimed the life of a yet-to-be identified male driver.

The FRSC Sector Commander, Andrew Kumapayi, who confirmed the accident to the News Agency of Nigeria (NAN) in Awka, said it occurred at about noon. 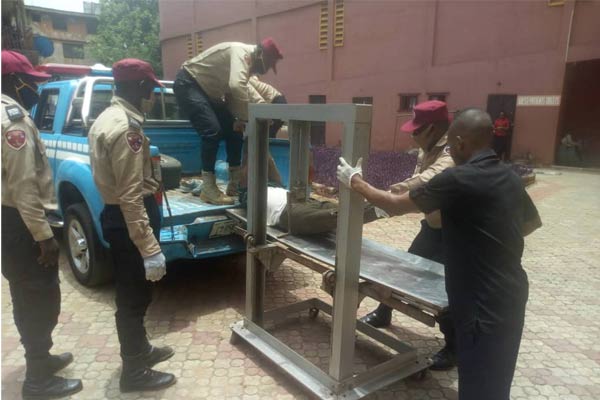 He was said to be speeding when it rammed into a stationary truck without registration number.

He said: “Witness report reaching us indicates that the unidentified driver of the Toyota SUV was on speed when he lost control and rammed into a stationary truck by the side of the road. Lone Road Accident

“One person was involved in the crash, which is the driver of the Toyota SUV.

“He was taken to Toronto Hospital in Onitsha by the FRSC Rescue Team from Upper Iweka Outpost, where he was confirmed dead by the doctor on duty.” 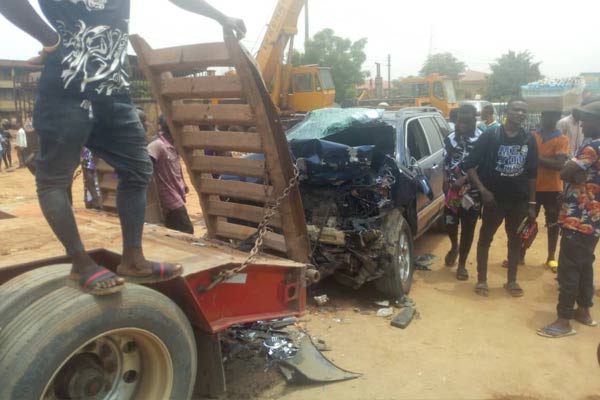 The FRSC official said the body of the deceased had been deposited at the hospital’s mortuary.

Mr Kumapayi condoled with the family of the deceased, warning motorists to avoid speed and all forms of dangerous driving.

“I’m appealing to motorists to exercise caution during this Easter celebration.

“They should avoid unnecessary speeding which usually leads to fatal crashes,” he said.

In a similar event, the Federal Road Safety Corps (FRSC) on Monday confirmed the death of four persons in an accident. The accident happened on Iwo road in Ibadan, with one other person injured.

Uche Chukwurah, the FRSC sector commander in Oyo State, told the News Agency of Nigeria (NAN) that the accident occurred when a lorry rammed into a motorcycle conveying five persons.

“The accident involved a lorry and a motorcycle. The lorry was speeding but lost control. It then rammed into the motorcycle that was carrying five persons – four males and one female.

“The driver of the lorry is now at large. The four males died, while the only female sustained injury,’’ the sector commander said.

Names Of Pilots On Missing Jet Released By Nigerian Airforce