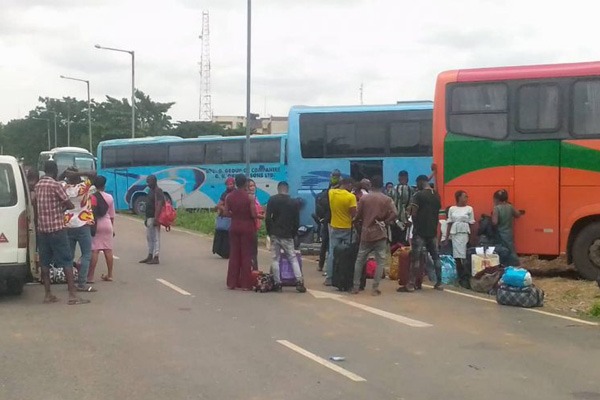 Ten inter-state luxury buses were impounded and 150 passengers arrested in Lagos State. Their offence was for violating the restriction of movement during the curfew period.

The Lagos State Police Command recently made the announcement on Tuesday.

The Command also said the vehicles were confiscated because their operators were using them “at odd hours” to convey the 150 persons out of Lagos to various states in the northern parts of the country.

The state government had imposed the order to check the spread of COVID 19 pandemic.

According to Bala Elkana, the Command’s Public Relations Officer, on 18 July, 2020 at about 2300 hours, operatives of Lagos State Police Command on enforcement of the ban on inter-states non-essential travel during the curfew hours, intercepted 10 luxury buses with 150 passengers travelling out of Lagos State to various destinations in the Northern and Eastern regions of Nigeria.

“The drivers and passengers were arrested, while the buses were impounded.