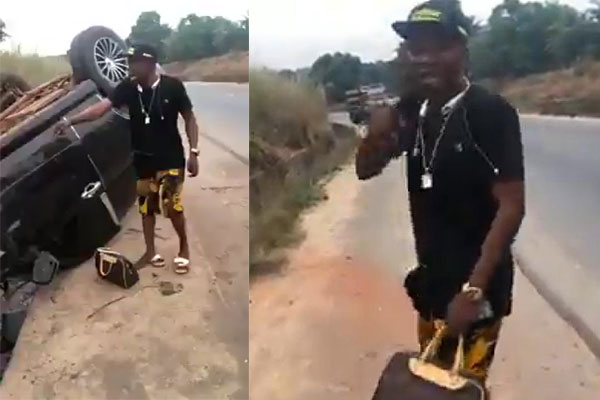 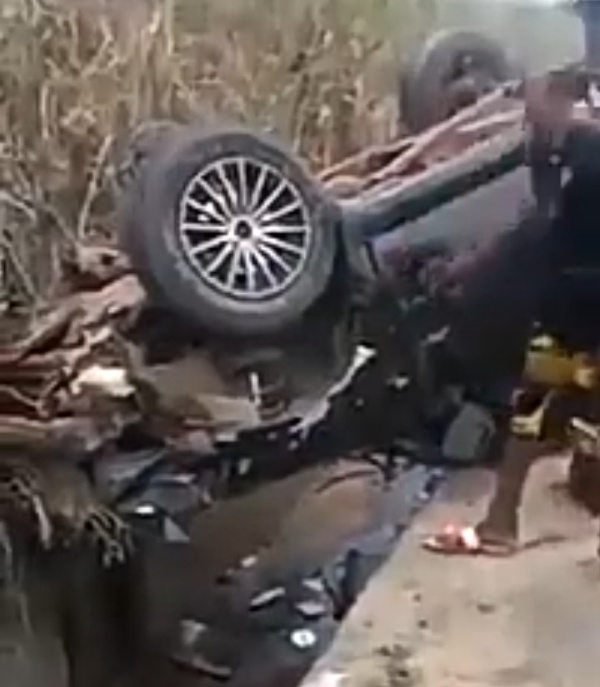 The overturned car that reportedly somersaulted more than twenty times

Sometimes in life, there are some occurrences that can’t be explained which can only be traced to the supernatural. A man named Chiemelie has attributed his inexplicable escape from death to Jesus after his vehicle somersaulted for more than 20 times.

The incident was shared by a Facebook user, Apinjo Okenwa. In a video posted online, the survivor was seen expressing gratitude to God who saved him from the gruesome accident. 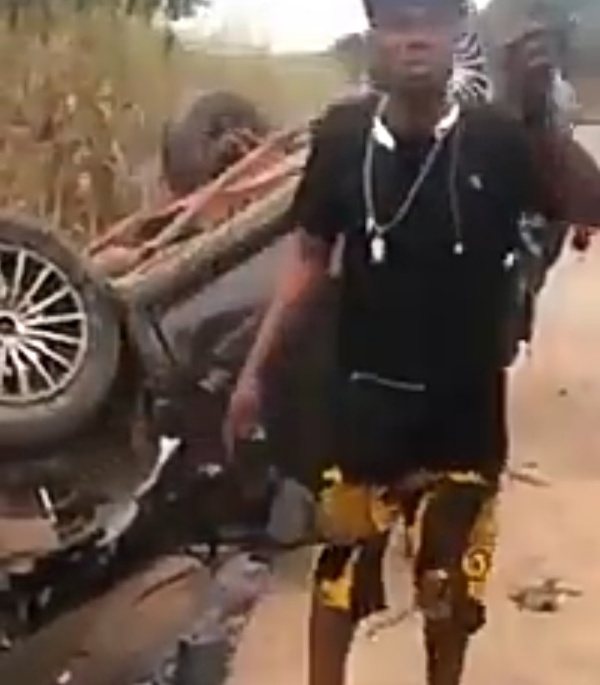 Man escapes unharmed after his car reportedly somersaulted more than twenty (20) times. He is seen here standing beside the overturned car.

The video also showcased the long distance from where the vehicle stumbled to where it later stopped.

Meanwhile, appreciation to God has emerged at the comment session from family and friends of the vehicle user. Argu Ogonna Roberts commented, “What God cannot do does not exist. The covenant of protection is active on your life sir.”