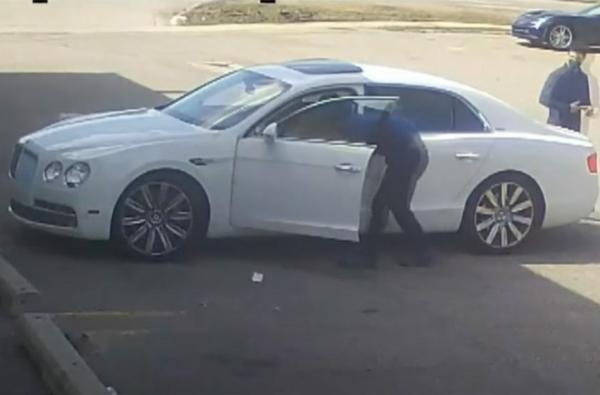 Man who stole a Bentley Flying Spur from dealership has been arrested by police.

Had the thief hide his identity by wearing his facemask properly, it would have been very difficult to track him down. 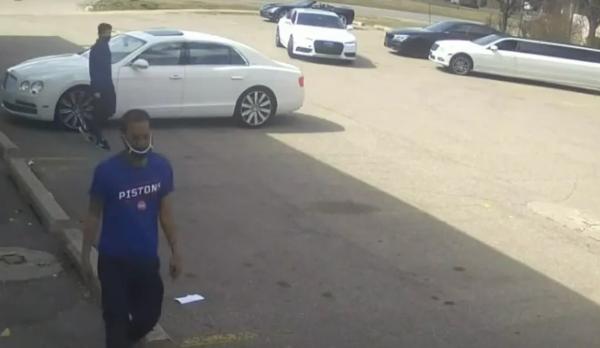 Police has arrested a man who was caught on a CCTV camera stealing a $200,000 Bentley Flying Spur from Dream Luxury Car Rentals, in Southfield, Michigan.

According to reports, the unnamed man walked into the dealership last week Monday and expressed his interest in buying the white Flying Spur.

Before he left, he was able to grab the keys to the Bentley Flying Spur despite not purchasing the British made luxury sedan.

Then the next day, he returned to steal the Flying Spur, with the footage capturing him speeding away in the luxury sedan.

Unfortunately for the unmasked thief, the CCTV footage of the theft provided the authorities with a clear view of his face.

The CCTV footage also captured a white Ford Escape, his personal car he drove to the dealership the day he allegedly took the keys.

With all the tips, he was later arrested while driving his white Ford Escape. After the scene of his arrest, the police found the keys to the Bentley in the his pocket.

The police officers has since returned the Bentley Flying Spur worth $200,000 to the owner of Dream Luxury Car Rentals, Sam Zahr.

Had the thief hide his identity by wearing his face mask properly, it would have been very difficult for the police to track him down so easily.