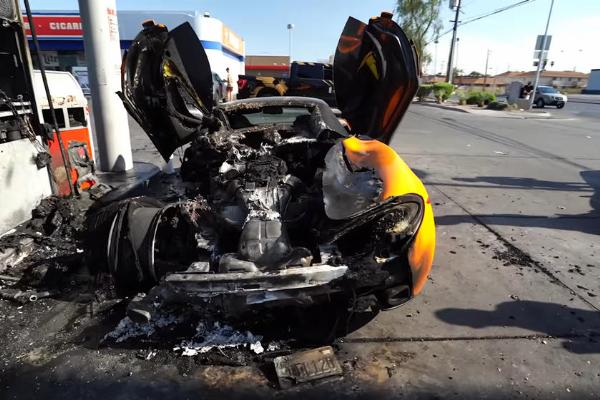 McLaren 570S sports car worth ₦120 Million burst into flames while being filled up at a petrol station.

The cause of the fire hasn’t been determined, but it’s likely fuel may have spilled into a hot compartment.

This accident comes a week after one was spotted cruising in a village in Kebbi State, Nigeria. 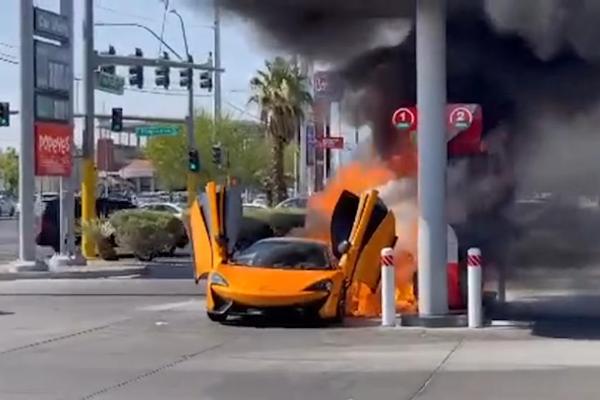 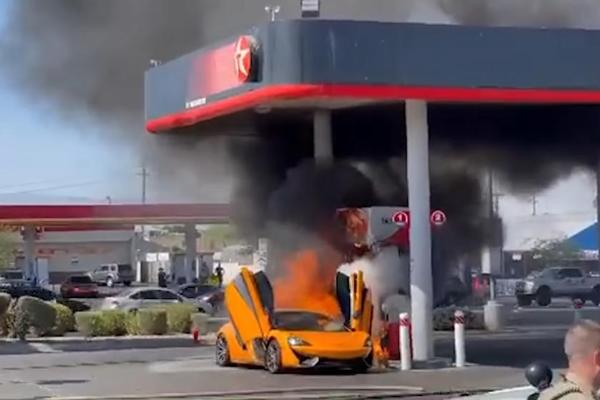 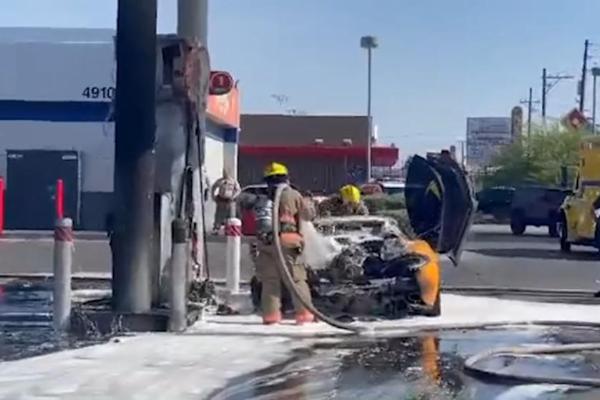 An orange McLaren 570S has burnt to a crisp in the United States after bursting into flames while the sports car was being filled up at a petrol station.

Luckily, no one was injured during the fire accident, as the driver and a passenger were lucky to escape unhurt on time. Pictures shared on the social media shows that the burnt-out 570S wasn’t save despite the fact that the firefighters managed to extinguish the blaze. 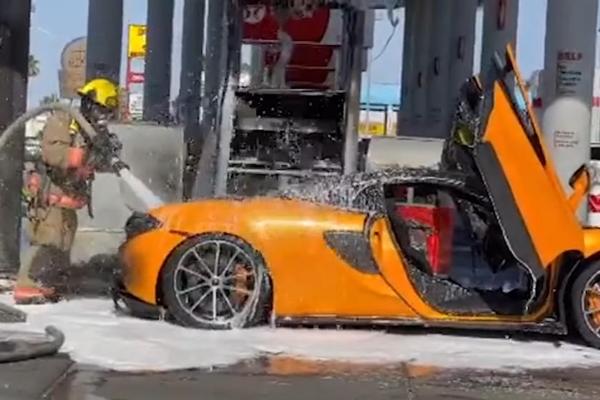 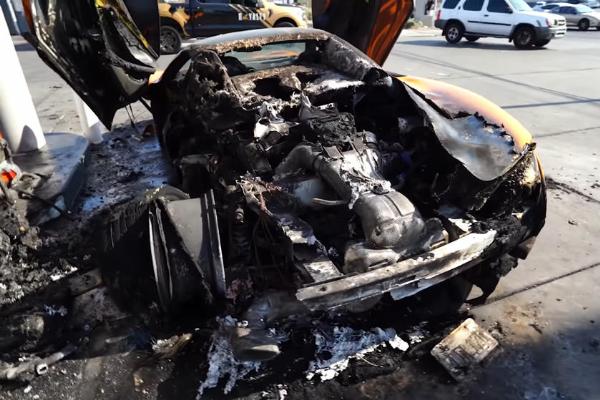 When viewed from the rear, the mid-engine British sports car looks unrecognizable as the whole engine bay – which houses a 592-hp 3.8-liter twin-turbo V8 – and the rear wheels were burnt down to a pile of ash. 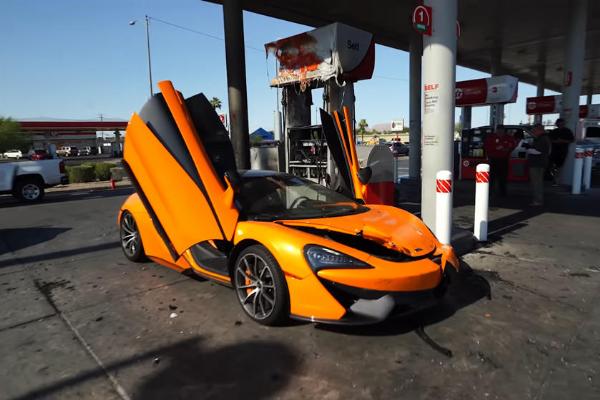 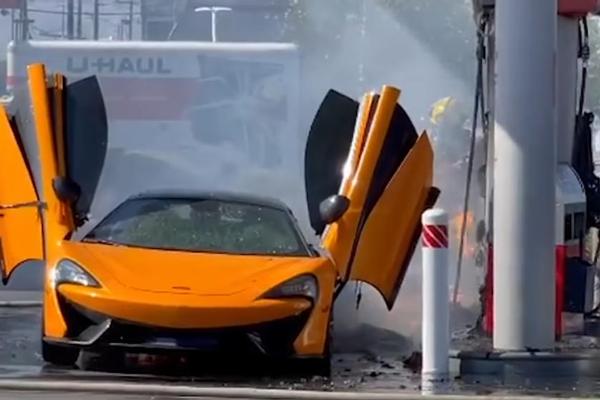 The cause of the fire hasn’t been determined, but since the fire started while the driver was filling up the car, it’s likely that fuel may have spilled into a hot compartment and sparked the fire.

This news comes few days after one McLaren 570S was seen cruising in a Northern village in Kebbi State. 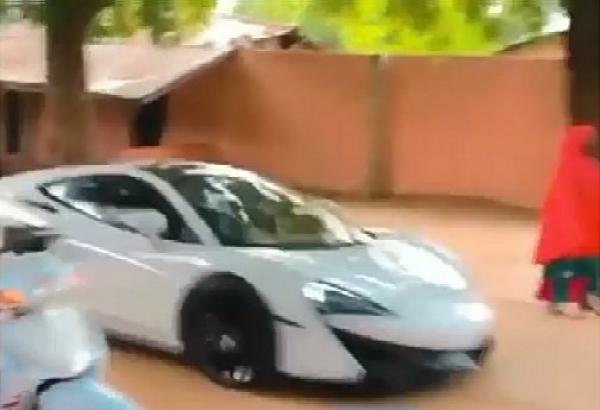 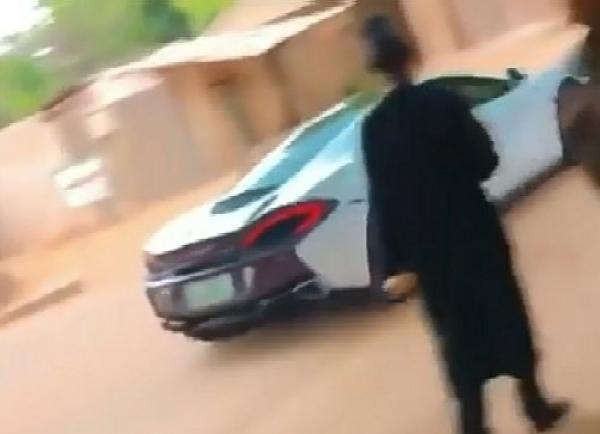 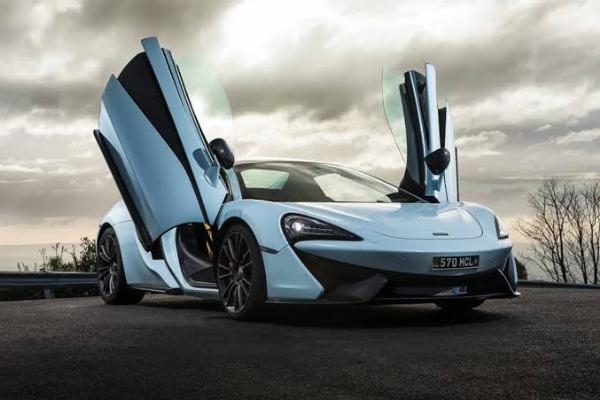 The sighting of McLaren 570S worth nearly ₦120M has left many people wondering who could be behind the wheels.

The McLaren 570S supercar have the performance of a Formula 1 race car and the body of a fighter jet. Distinct features on the supercar includes its butterfly doors as well as its convex bodywork.