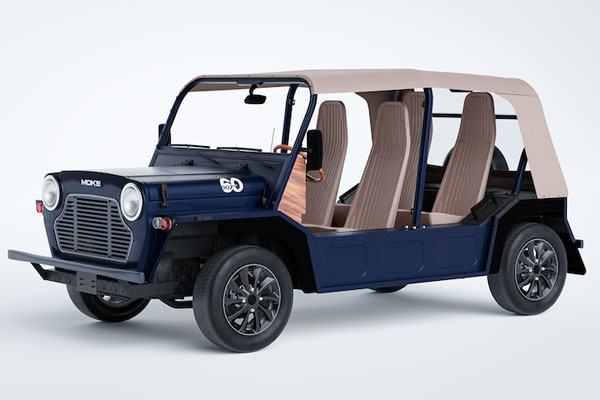 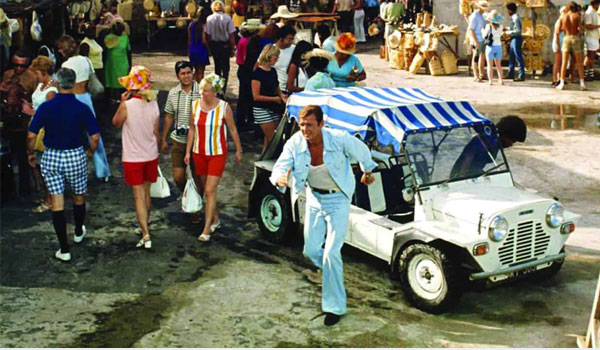 When one thinks of James Bond’s iconic cars, the Moke is certainly not the first car that comes to mind.

Of course, there’s the famous A-brand, but the prolific fictional spy has arguably gone through more vehicles than Bond girls.

Bond has driven a Moke in multiple films.

Moke appears four times, making appearances in You Only Live Twice, Live and Let Die, The Spy Who Loved Me, and Moonraker.

The 60 Years of Bond Moke Edition honours the car’s ties to the legendary spy.

Moke America is releasing a 60 Years of Bond special edition of their eMoke, a battery-powered low-speed car, to emphasize the relationship (LSV). Following the San Monique Edition, the 60 Years of Bond is the second 007-themed Moke. 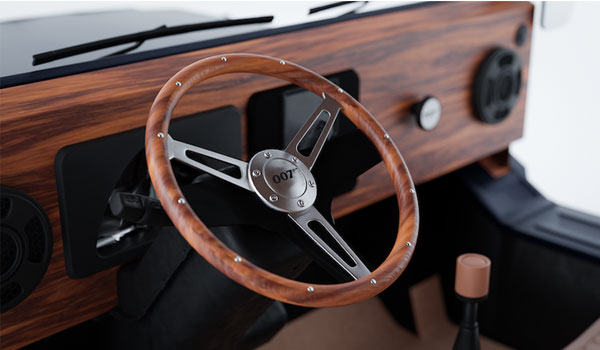 While that one has a tropical vibe with its striped surrey top, the 60 Years version looks more like James Bond in a tux.

The livery is dark blue with a brown top and seats. The hood, back fenders, and spare-tire cover all have 007 graphics, as are the black wheels.

The otherwise minimalist four-seat cabin is enhanced by a wood-look dash cover and a wood-rim steering wheel, as well as a Bluetooth radio system and a backup camera. 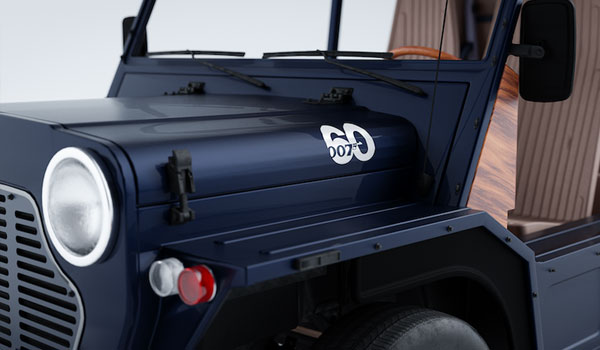 The top speed is the same as the conventional version, which is 25 mph.

At $28,975, the 60 Years of Bond car represents a roughly $4500 upcharge over an equivalently optioned standard Moke. Then again, it represents a $115,000 savings compared to the cheapest Aston Martin. Take the extra scratch to the casino, and enjoy an evening of baccarat. 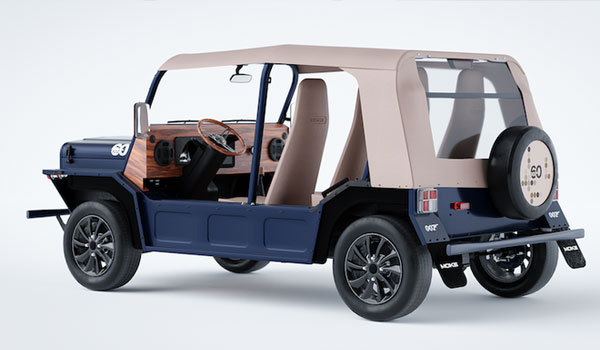 IVM Keke Will Be Available By Aug/Sept, Price Is Not N300k – Innoson Warns Of Scammers