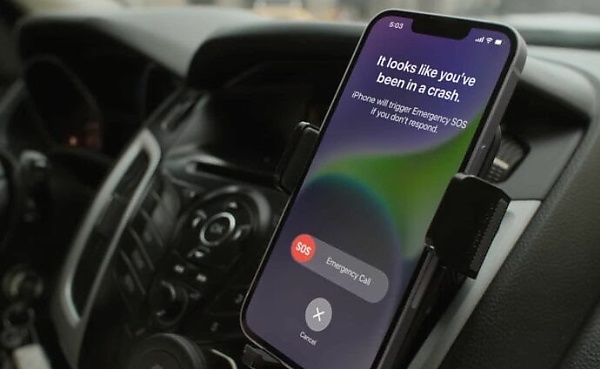 Police and responders were alerted to killer crash by new iPhone 14 feature that senses accidents and calls 911.

The new ‘Crash Detection feature‘ on a passenger’s iPhone 14 alerted police and responders to a tragic crash that killed all six of its occupants early on Sunday in Nebraska.

Police said five men, aged between 21 and 24, died at the scene of the crash after a Honda Accord hit a tree around 2:15 a.m. A 24-year-old woman died later at a hospital where she was taken in critical condition.

The cause of the crash remains under investigation. But authorities are looking at all possibilities, including alcohol, speed or distracted driving.

“We’ve been trying to think of another accident this bad and we haven’t come up with anything.”

“The cause of this accident is going to take us some time to pin down,” Morrow said.

“We are looking at all possibilities, including alcohol, speed or distracted driving.”

“If your iPhone 14 detects a severe car crash, it can help connect you to emergency services and notify your emergency contacts.”

Apple notes that once the 10-second emergency SOS countdown reaches zero without anyone cancelling it, the phone automatically calls emergency services for help.

“If you are unresponsive, your iPhone will play an audio message for emergency services, which informs them that you’ve been in a severe crash and gives them your latitudinal and longitudinal coordinates with an approximate search radius”.