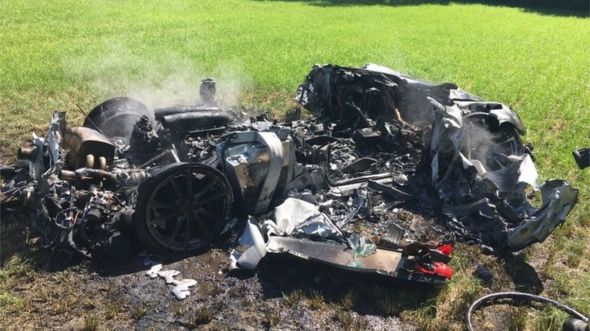 A driver lost control of his new £200,000 Ferrari and careered off a motorway before it burst into flames – after owning it for just an hour.

The high-performance Ferrari 430 Scuderia was reduced to a twisted wreck after the smash on the M1 near junction 37 in South Yorkshire on Thursday afternoon.

Police described how the car “went airborne” in the wet conditions.

The driver walked away with just cuts and bruises. 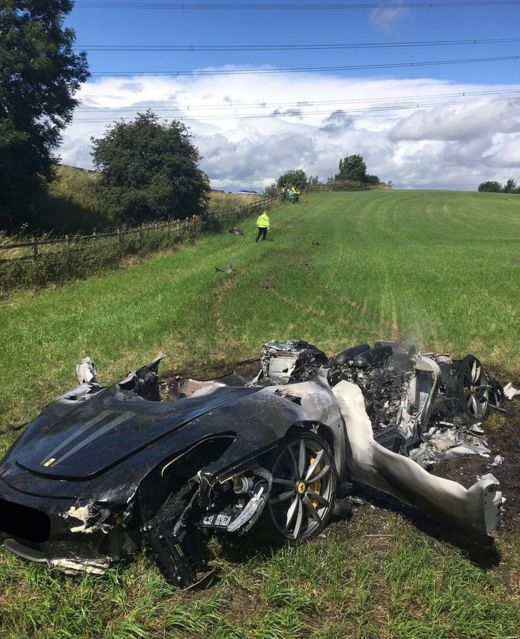 The car went 50 metres down a bank and ended up in a field, where it turned into a fireball and had to be extinguished by firefighters.

In a statement on Facebook, South Yorkshire Police said: “Officers asked the driver what sort of car he ‘had’ to which he replied ‘it was a Ferrari’.

“Detecting a sense of damaged pride he then said ‘I’ve only just got it, picked it up an hour ago’.” 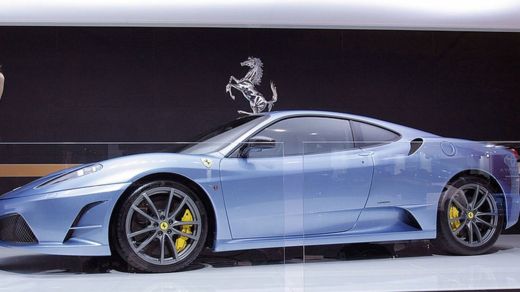 The force urged drivers to take care on the roads.

“Over the past couple of weeks there has been a number of collisions where driving styles have not reflected the road and weather conditions. Please take more care.”

Woman Pours Washer Fluid Instead Of Oil Into Engine, See What Happened