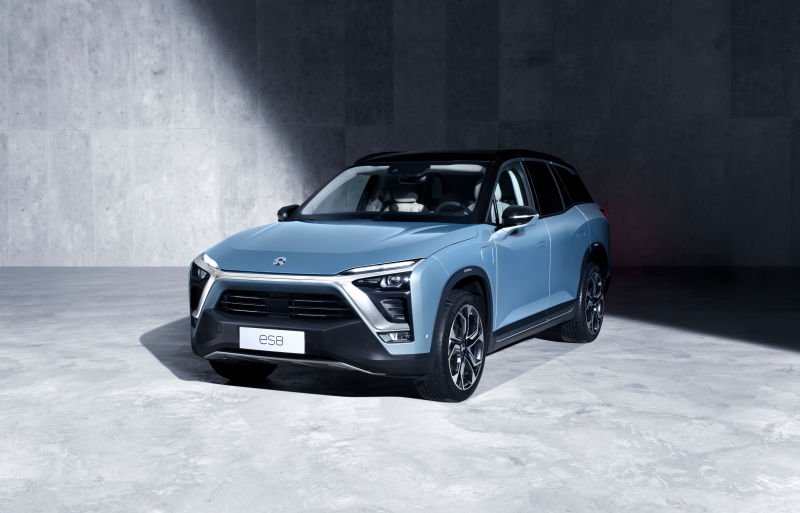 Not to be outdone in the tech game, the ES8 features a host of sensors for assisted driving. These sensors include four exterior cameras, a front-facing trifocal camera, five millimeter-wave radars, a driver monitor camera, and 12 ultrasonic sensors.

It’s the first vehicle in the world to come with Mobileye’s latest EyeQ4 chip technology as well as NOMI, an artificial intelligence system. NIO says its driver assistance system supports over-the-air updates so its vehicles can gain new features as they become available.

One of the many advantages of the ES8 over tesla’s Model X is that it can be charged via a service vehicle that travels to you.
Or you can switch out the batteries at a power-swap station in just three minutes.
You can also rent batteries with Nio’s rental service for 1,200 yuan (£135) a month.

The New Nio ES8 is on sale for £50,000, compare to £94,700 you need for a Tesla Model X,and that’s before subsidies and incentives that can bring down the cost of the ES8 by at least another $6,600. While Tesla has sold its cars in China for a few years, they aren’t eligible for these incentives and subsidies because they’re imported.

Tesla is reported to have reached an agreement to build a factory in China, while other automakers have formed partnerships with existing Chinese manufacturers in order to tap into the large market.

What do you think of the new ES8 All-Electric SUV?