Man Utd star Paul Pogba finally gets his £300,000 Rolls-Royce back 9-months after it was seized by UK Police.

His inability to get the car back let the £20-a-day storage fees rack up storage charges estimated at £5,500.

Manchester United star Paul Pogba has gotten his Rolls-Royce Wraith Black Badge back nearly 9-months after it was seized by UK police for driving with a French number plate.

The British-made luxury car — still sporting the UK-banned Monaco plates — was spotted on the drive of his £3 million home in Hale, Cheshire.

Footage of the moment the Man Utd star’s £300,000 luxury car was pulled over on the road near his mansion trended in June 2020.

After the Rolls-Royce was seized, Pogba was loaded into the back of the patrol car on the near Hale, Cheshire.

According to reports, Foreign cars that have been in Britain for more than six months in a year must be registered with the DVLA and fitted with UK plates.

But if the owner is a UK resident they must register their car within two weeks of importing it.

Back then, the French international was given seven days to get his car back. In addition to paying £150 towing bill, the sum of £20 will also be paid for every day the car was held.

But Pogba’s inability to get the car back let the £20-a-day storage fees rack up storage charges estimated at £5,500 after leaving it unclaimed for 270 days.

“It’s incredible to think Paul took so long to sort out getting his car back.

“It’s not a little runaround — it’s a stunning limited edition £300,000 Rolls-Royce which anybody would love to sit in, let alone own.

“Instead, it gathered dust because Paul took absolutely ages to sort the necessary paperwork.” 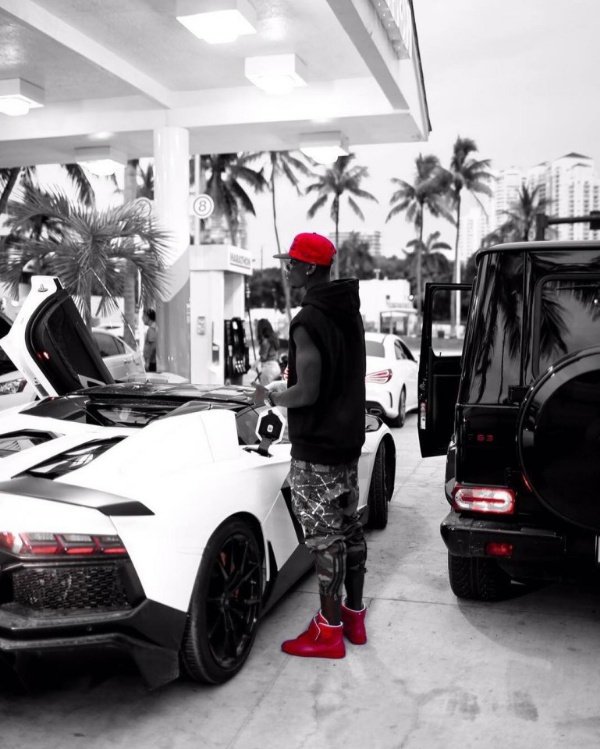 The total cost of retrieving his Rolls-Royce Wraith is no doubt a small change for the Red Devils ace who earns £15 million a year at Old Trafford.

While the Rolls-Royce Wraith was in Police net, Paul Pogba relied on the other rides in his garage, including a Ferrari 812 Superfast.

One Of Four Hubcaps From The SUV Notorious B.I.G Was Shot In Is On Sale For $150k