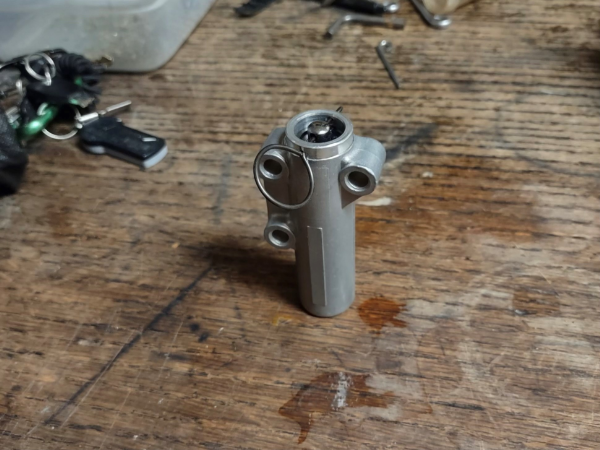 it’s understandable as the “potential explosive device” has a pull-pin similar to the type found on a hand grenade.

The Salt Lake City Police Department’s Hazardous Devices Unit on Wednesday, June 30, evacuated an apartment complex to remove “suspicious device” that has a pull-pin similar to the type found on a hand grenade.

After careful investigation, the piece of hardware, earlier described as potentially explosive by the authorities, turned out to be a after-market timing belt tensioner commonly found on Audi cars.

In a press release, the police said “the evacuations were done out of an abundance of caution”, adding that its FBI-certified bomb squad responded and safely removed the object.

“This morning, we investigated a suspicious item that resembled a possible explosive device. Our bomb squad responded and safely removed the object”.

A police spokesperson told The Drive :

“We approach every suspicious package/device call with the highest regard for safety. We have to for the well-being of our officers and our community members, we never let our guard down in these situations even if the object may appear harmless.”

“We know that any object: speakers, computers, cell phones, radios, etc. can be converted into an explosive device. Our officers are trained to never become complacent. In this situation, our officers correctly assessed the situation and acted properly.”