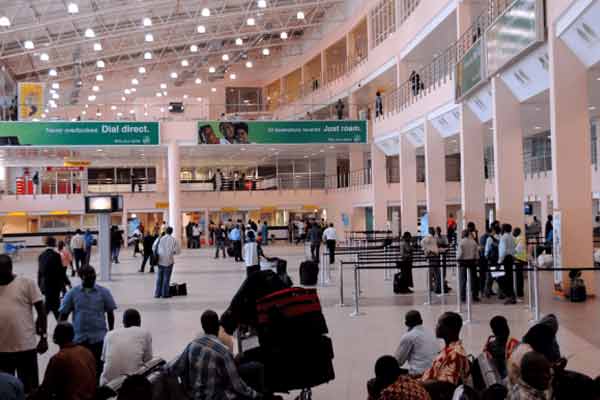 United States passengers who arrived aboard Delta Air Lines from Atlanta on Tuesday became stranded for some hours at the Murtala Muhammed International Airpiort, Lagos, after a vital section of airport workers downed tools for over two hours.

The aggrieved workers of the Nigerian Aviation Handling Company Plc were said have embarked on a “warning strike” to force the management of the aviation ground handling company to accede to the their demands for better welfare.

The development was however not pleasant for the arriving US passengers who had to wait at the baggage hall of the Lagos airport for about two hours before the aggrieved workers reached a truce with NAHCO management to shelve the industrial action.

Delta Air Lines officials who spoke on condition of anonymity, confirmed that the delay was caused by NAHCO workers on a “warning strike.”

“Delta Air Lines passengers were delayed at the arrival hall for about two hours before NAHCO baggage loaders eventually started to offload checked-in bags from the aircraft. Some passengers ended up spending over four hours at the airport before leaving for their homes! ” an airport protocol officer who had some passengers on the flight told our correspondent.

An official of the Federal Airports Authority of Nigeria who also confirmed the development said the aggrieved NAHCO workers wanted some entitlements which the management had yet to pay them.

He said, “Just a section of our operational staff at the main ramp (of the Lagos airport) making some demands. They believe by stalling operations, a quick answer will come. It has been resolved and work is ongoing.”

The General Secretary, National Union of Air Transport Employees, Mr. Ocheme Aba, said details of the demands of the NAHCO workers who engaged in the industrial action would be made known on Wednesday (today).