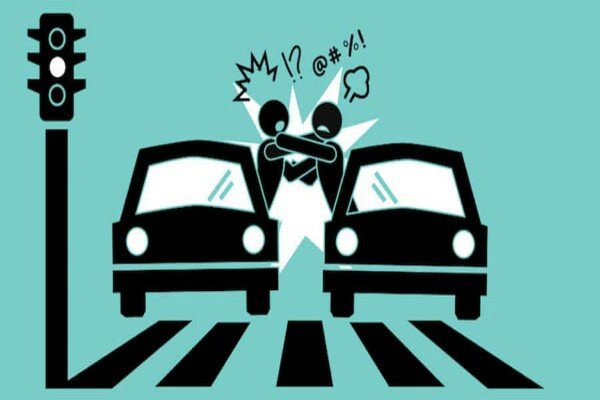 You know the typical scenario, you are gently approaching a road intersection. Suddenly, without any warning, another car shoots out from nowhere. You slam on the brakes, frantically swerving to avoid a collision. You lean on your horn as the car zooms off.

Road rage heightens your anger, causes your blood pressure to rise a notch. You wonder what is wrong with the mor*n that just narrowly missed pushing his front bumper into your passenger seat.

Another one. Dense traffic is attendant with city driving.
You are waiting for the lights to change at a traffic light, the car on the adjoining lane had its windows wound up.

The instant the light changed, the car on the adjoining lane surged forward and cuts into your lane. No trafficators, no horn, no hand signal, no nothing. It was a close call.

He almost sideswiped your car. You seethe with righteousness indignation, you shouted and gestured rudely at another example of a driver that constituted himself to be a dangerous menace to other drivers.

There are a lot of good drivers and a lot more bad drivers on our roads. The good drivers collectively pay for the bad ones as evident in the scratched bodywork, broken mirrors and torn bumbers being seen on vehicles everywhere.

It doesn’t stop there. Major collisions do occur too, the results could be more serious. Car bodywork can be resprayed, damaged parts can be replaced. But in a major collision, broken limbs and physical trauma to the driver could exact a horrendous sum of money for medical treatment. Death is possible.

Your reactions to the infractions committed by other road users have an effect on your physical and mental disposition when driving.

Your body tenses up, you get more irritable. And then suddenly, you believe you can’t take it anymore. You shout at the other driver.

An extreme example of road rage is drivers leaving their cars on the road and exchanging blows. Yes, I’ve seen it happen.

Have you thought about why he drives like that?
Maybe he on his way to get a critical drug for his sick mom. He could be in a rush to get home to switch-off his electric iron that he left on during a power outage. He might be having a diarrhea and needs to get to a toilet. Fast. He might be drunk.

When confronted by an aggressive lane-changer, give way. It is cheaper than the repair bill you will receive if contact is made.
He almost swiped your mirror? Don’t swear at him. Let him go and retain your peace.
Don’t be a partner to road rage. It’s cheaper and more healthy to avoid tense verbal exhanges while driving.

I have a friend that is over six feet tall and built like a power lifter. He could intimidate the toughest aggressor with his size and his shaved head. When on the receiving end of road rage, he doesn’t return the insults sometimes directed at his mother!

He has this ingenious way of replying every driver who scream and abuse him while driving.
He shouts back ‘I love you too!’

It makes me smile. Everytime.

Don’t Top-Up Your Radiator With Water. Use Engine Coolant

You Don’t Avoid Potholes, You Choose The One To Crash Into