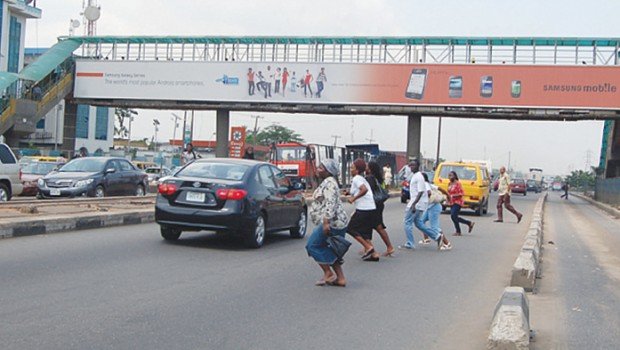 Welcome to Lagos, the Center of Aquatic Splendor. Lagos is home to more than 18 million people and this includes Nigerians, foreigners and lots of different folks. It is estimated that more than 5000 new people come into Lagos daily. This often create of how o keep the city in shape and maintain its uniqueness.

AutoReportNG went around the city of Lagos to observe and to have a first-hand experience of why Lagosians don’t like using the pedestrian bridges despite all the resources the state government has put to use to make life easier for all pedestrians.

Lagosians Are Always in a Hurry

A popular song of the late music maestro, Fela Kuti says on Monday morning, Lagos has no time for nonsense. A detailed investigation has shown that Lagosians are always in hurry to get to their destinations. Thus, they break some traffic rules such as crossing the Expressways. We caught up with someone who crossed the Ojota expressway and asked him why he prefers crossing the road rather than using the bridge, According to him, “using the bridge may take me 5-10 minutes. However, I can cross the expressway within 2-3 minutes. I save a lot of time this way”.

We have lots of road users and this is not restricted to age and sex. We noticed that among people who prefer crossing the highways are mostly the elderly, specifically people within the ages of 60 to 80 years. For example, the bridge at Onipanu on Ikorodu expressway in Lagos is so high. Even the youthful pedestrians find it difficult to climb the bridge as the steps are not properly separated. A user has to rest a bit before he or she can continue. If youths are having this challenge, imagine someone that is sick and the elderly ones.Thus, pedestrian often prefer crossing the highway which is more dangerous

The Fear of Pickpockets/Armed Robbers

There have been complaints about the security issues on some of these bridges – especially at nights. For instance, the bridges at CMS, Onipanu, Fadeyi are very notorious for the criminal activities of miscreants. There stock-in-trade includes robbing unsuspecting pedestrians of their personal items. Many people have been robbed on these bridges at night and as a result valuables, documents, and many other things have been lost to these criminals. Nevertheless, this is not the best reason to risk your lives as well.

Regardless of the harsh economic situation in the nation, Nigerians love life. One of the reasons people abandon the bridge and resort to crossing the highway is due to the degraded state and neglect of these bridges. For instance,  it requires a lot of courage to climb the old and dilapidated bridges at YabaTech, Jibowu, and St. Agnes. Indeed, most of them are just disaster

The Bridges Were too High

One of the major complains of the people is the height of the bridges. Some of the bridges were constructed as it was meant to lead to Mount Zion to see God’s face.. Some women find it difficult using the bridges as they complain of back pains especially those on heels. Example of this bridge can be found at Lekki Phase 1, The company that constructed the bridge ought to be flogged.

In as much as these reasons may sound genuine, the safety of our lives remain paramount and remain the key thing. The government that provides these infrastructures made them available for the protection of humans and not for cows. Safety of life is paramount. Life has no duplicate. We  should do away with the habit of crossing the high-ways.  The pedestrian bridges 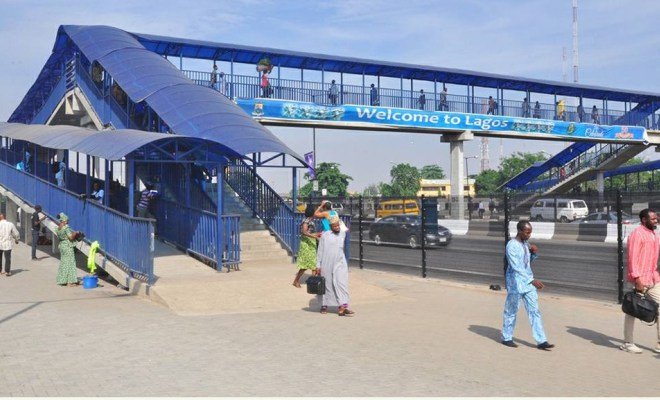 Donald Trump And Boeing Reaches $3.9B (N1.4Trillion) Deal For New Air Force One