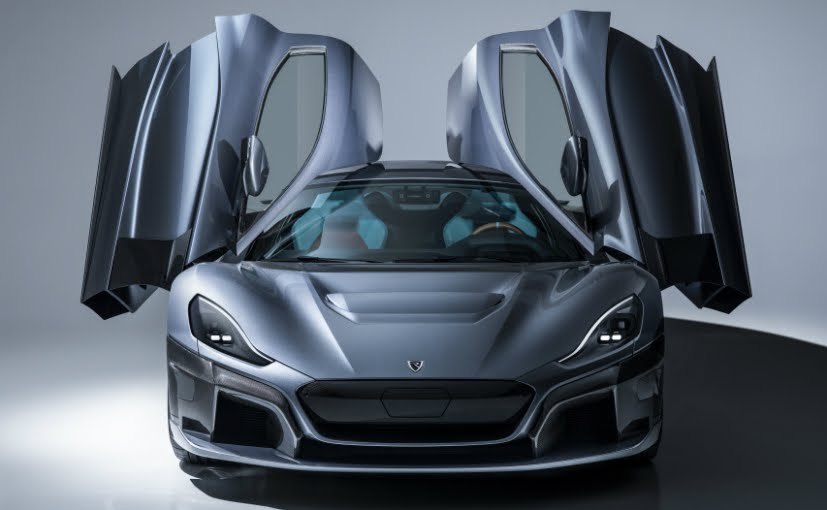 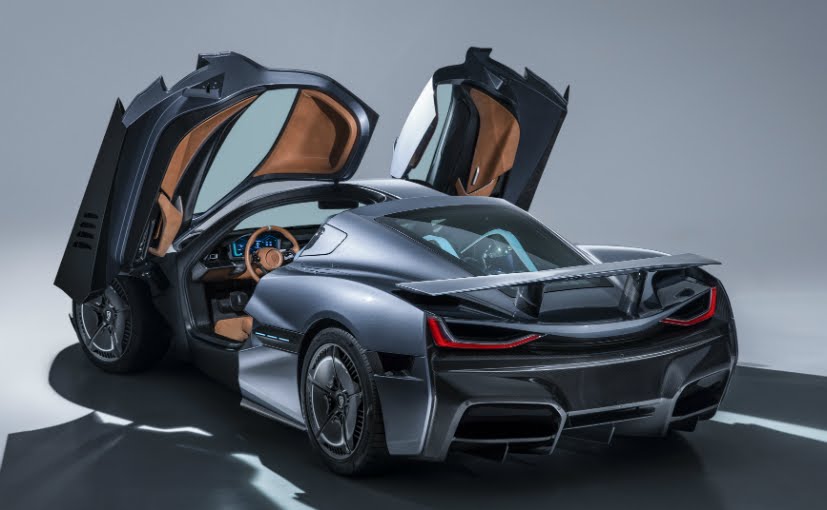 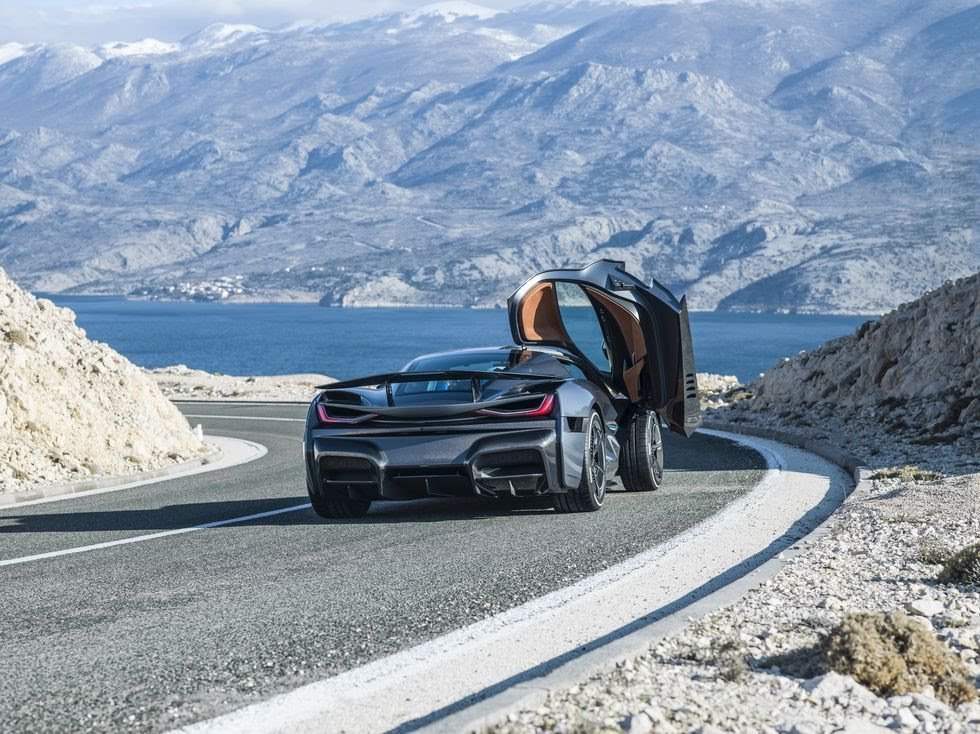 Croatian automaker Rimac might not be as popular as the Ferraris, Bugattis and Lamborghinis of the world,but at the 2018 Geneva Motor Show,it has managed to wow the audience with their latest hypercar.

Under the skin, the Rimac has a 120 kWh Lithium-Manganese-Nickel battery and four electric motors – one for each wheel. While the front wheels use a single speed gearbox, the rear wheels each have a two speed gearbox for maximum speed.

The motors are also oil cooled since they are extremely high performance. But it is not just short bursts of acceleration or a ridiculous top speed that the Rimac is good at, it also has one of the highest possible ranges of any electric car in existence today with a staggering 403 miles on a full battery charge.

It will also recharge the battery pack to 80 percent in less than 30 minutes when connected to a 250kW fast charging network.

The underbody also has a magnitude of flaps that crate venturi effects and adds to the downforce that the Rimac C_Two makes. The wheels on the Rimac C_Two are aerodynamically designed to reduce drag, cool the brakes and make more downforce.

Active aero elements include front and rear diffusor, the rear wing, the bonnet turning vane, plus plenty of underbody inlets and outlets. With their help, the C_Two sports an impressive Cd figure of 0.28 in low-drag mode. 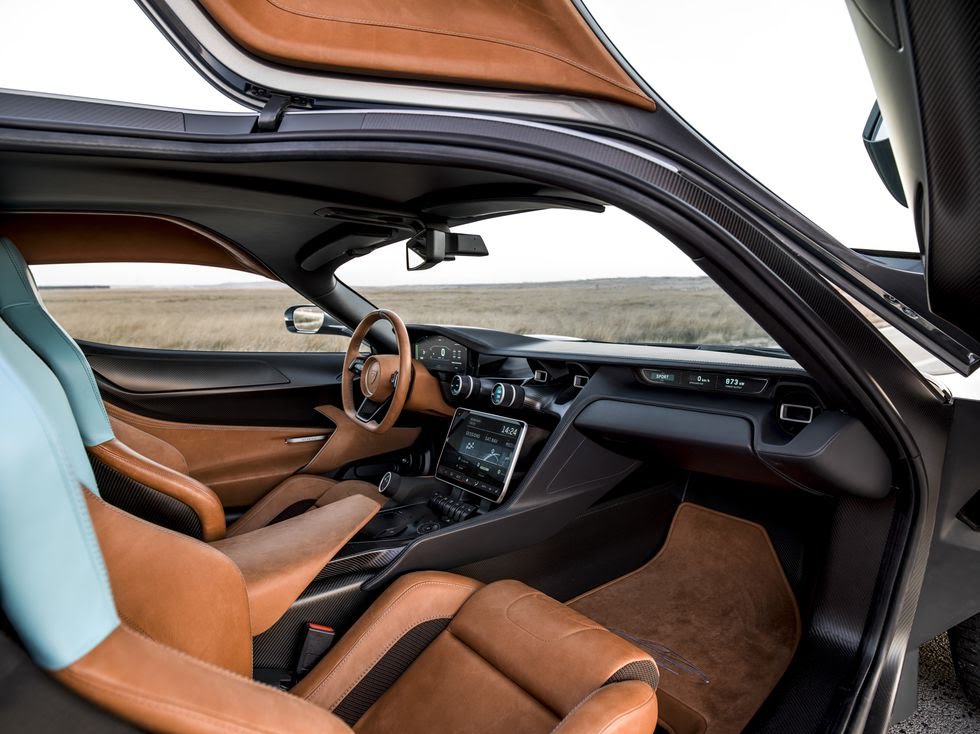 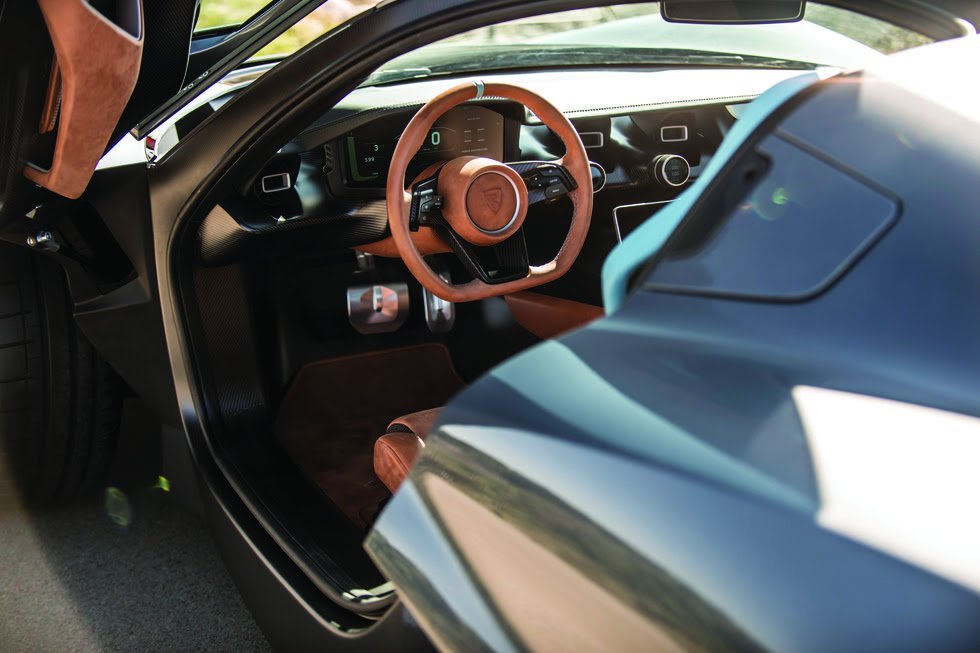 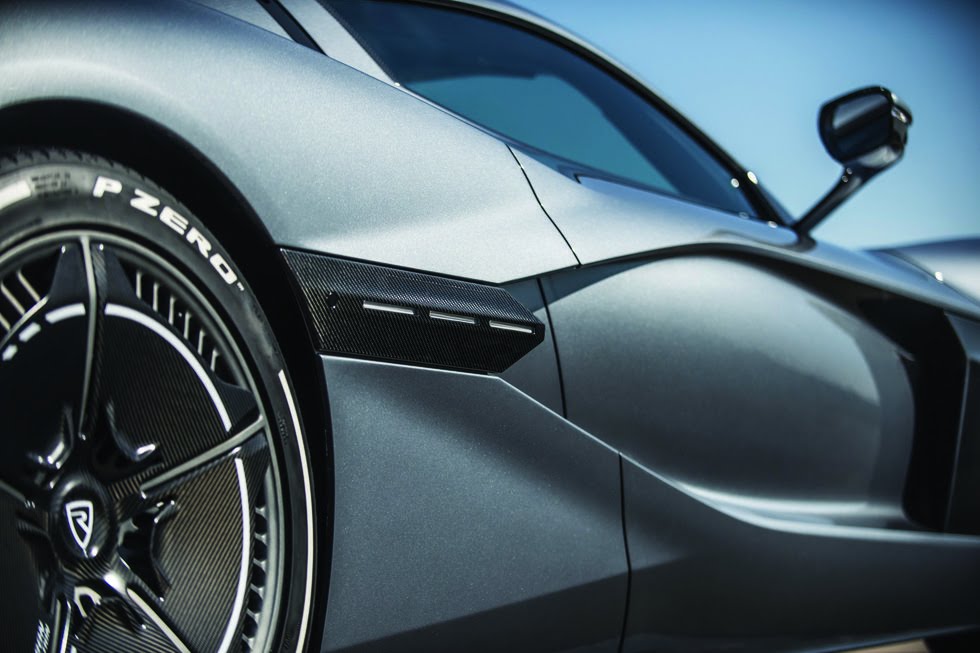 The facial recognition have not only dispensed with the need for a key, the car simply looks at your face before deciding to open the butterfly doors and start the powertrain.Rimac says the car can also read your moods.

Inside, the C_Two comes not only with three large touch screens, but also with a full ADAS system consisting of eight cameras (including front stereo vision),a Lidar, 6 radars,12 ultrasonic sensors,GPS and IMU sensor for Level 4 Autonomous (self) driving, making the C_Two one of the most sensitive and connected series vehicles in the world.

The Rimac C_Two also has a mode where it can assist a driver on a race track. Essentially, through GPS co-ordinates it knows it is on a given track and helps with the best line into a corner and braking points.

Rimac says each hour spent in the car generates 6 gigabytes of data. This really is a laptop on wheels.
Production of the C_Two will start later this year, with Rimac planning to build just 150 examples.

So, it’s is quicker than the Tesla Roadster (C_2 now the quickest car) . It is production ready, not in three years time like the Tesla.

It’s got twice the range of a conventional petrol hypercar and computing power than any luxury saloon. So pick your keyboard/pad ,and tell us what you think?

15+ Cheap Accessories Every Uber,Oga-Driver & Taxify Driver Should Have