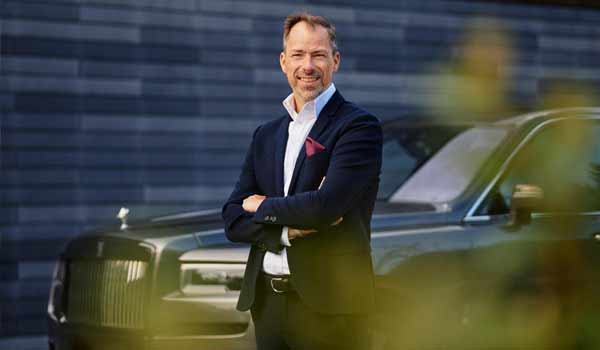 Rolls-Royce has recruited former Mini design chief Anders Warming as its new design boss, claiming he will play a crucial role in the British firm’s move towards full electrification.

Warming left the BMW Group in 2016 following six years as head of design at Mini and three years as exterior chief designer at BMW.

“As our director of design, [Warming] will have a key role in defining our future aesthetic direction and realising our clients’ dreams and aspirations,” said Rolls-Royce CEO Torsten Müller-Ötvös. “Anders joins us as we move forward to full electrification of our brand, which will shape Rolls-Royce for decades to come.”

Warming studied major transport design at Art Center College of Design Europe in Switzerland, and has contributed to the exterior designs of the second-generation BMW X3, the BMW 5 Series, 6 Series, Z4 and the current, third-generation BMW Mini.

“Anders Warming has a proven track record as an extremely creative and passionate designer with a keen eye for detail and craftsmanship and since he has spent most of his career in our design team, I am sure he will integrate very quickly,” said Adrian van Hooydonk, senior vice-president of design at the BMW Group.