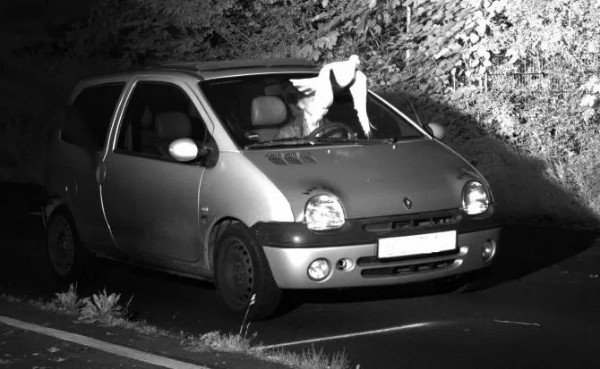 A speeding driver of a Renault Twingo car caught red-handed going 34mph in a 20mph zone was spared a fine because a white dove covered his face from the traffic camera.

At the exact moment the image was taken in west German town Viersen , a white dove flew into the frame blocking the man’s image from identification.

Under German law, no penalty can be issued .It meant he couldn’t be fined 105 Euros (about N42k) because police couldn’t prove who was driving at the time of the offence. 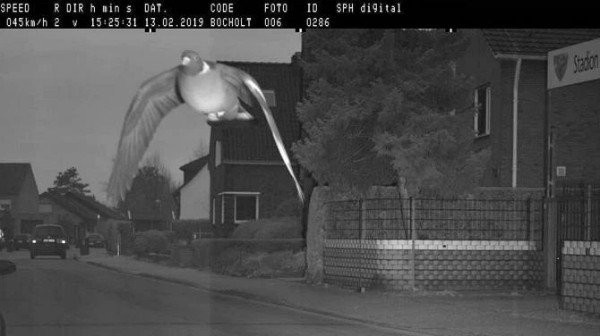 “The Holy Ghost may have thought something of it when he placed his symbol in an exposed spot on May 21st.

“We have understood the sign and leave the racer in peace this time.

“However, we hope that the protected racer understands this ‘hint from above’ and drives appropriately in the future.”

The police department jokingly added that :

“Actually, the pigeon would have earned a fine, because she was too fast.

“But since we do not know where she has to punctually be at Pentecost, we allow grace to prevail here too.

“Neither the driver nor the pigeon are warned.”

White doves are commonly used in biblical references to represent the Holy Ghost, one part of the Trinity in the Christian religion.

Can We Call This A Case Of Divine Intervention?

Checkout How Businesses Are Going Mobile With Their Outlets (See PHOTOS)