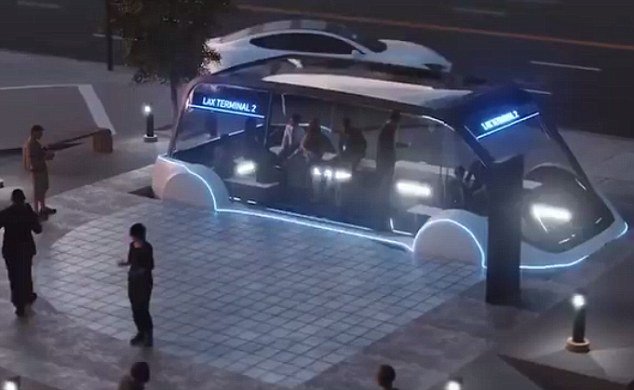 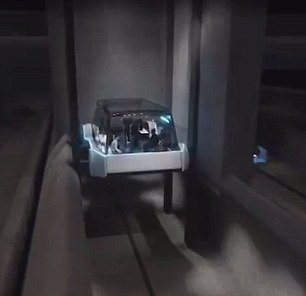 Elon Musk’s ambitious plan to reduce traveling times with tunnel systems beneath major cities has just had a major makeover.

He tweeted details this evening on an adjusted plan for the urban loop system, revealing a new focus on mass transit.

Instead of starting with carrying individual cars at high-speeds on electric sleds, the plan now is to use that Hyperloop to transport pedestrians and cyclists first, and then only later to work on moving cars around underground to bypass traffic.

The passenger electric buses would descend to the tunnels in an elevator shaft, before setting off on a track where they can hit speeds of up to 125 miles per hour (200km/h). 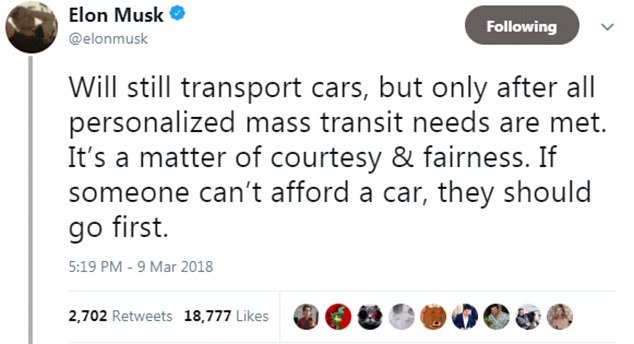 Musk said The plan to transport cars is still on, “but only after all personalized mass transit needs are met. It’s a matter of courtesy & fairness. If someone can’t afford a car, they should go first.”

The Boring Co urban loop would have 1000’s of small stations the size of a single parking space that take you very close to your destination & blend seamlessly into the fabric of a city, rather than being a small number of big stations like a subway.

WHAT IS THE HYPERLOOP?
Hyperloop is a proposed method of travel that would transport people at roughly 700mph between distant locations.

It is essentially a long tube that has had the air removed to create a vacuum.

It can take passengers the 380 miles from LA to San Francisco in 30 minutes i.e half the time it takes an aeroplane.

The tube is suspended off the ground to protect against weather and earthquakes.

There are many companies trying to bring the technology to life, including Elon Musk himself, Hyperloop Transportation Technologies, and Virgin Hyperloop One.

Look At How These Guys Washed A Moving Car In Lagos. Lagos Hustle!!!