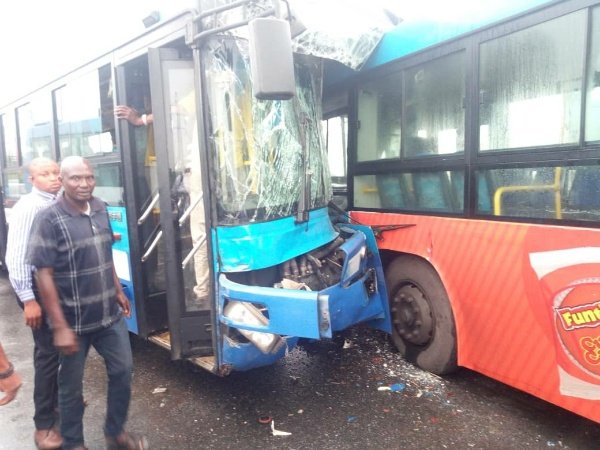 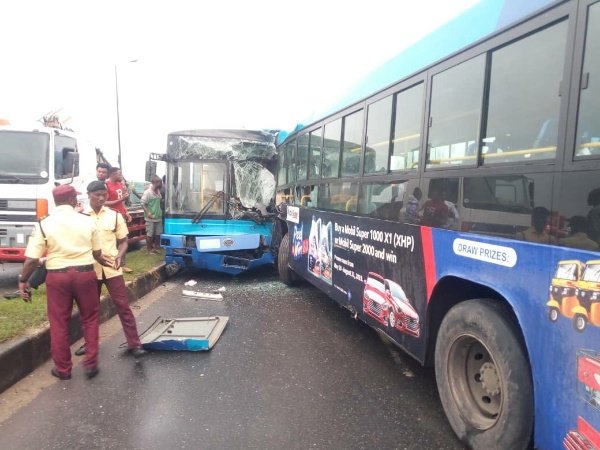 Several passengers have been hospitalised after two Blue Bus Rapid Transit ( BRT ) buses crashed into each other in the Asolo, Ikorodu area of Lagos State. 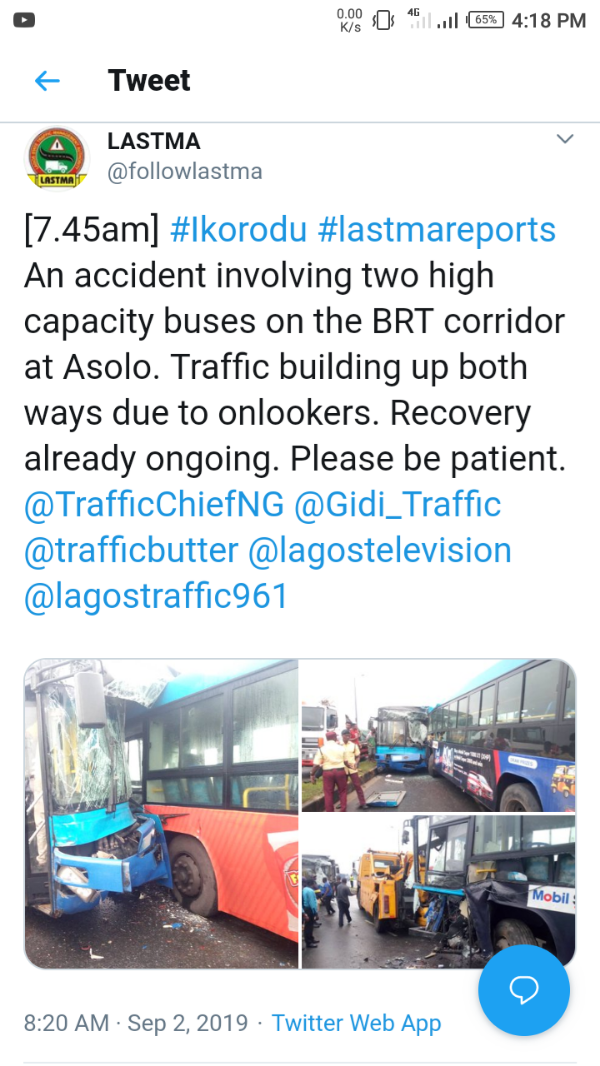 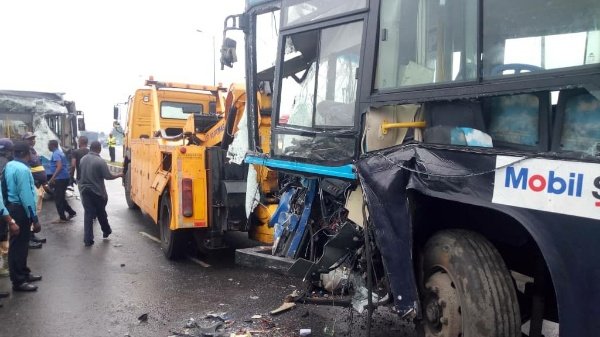 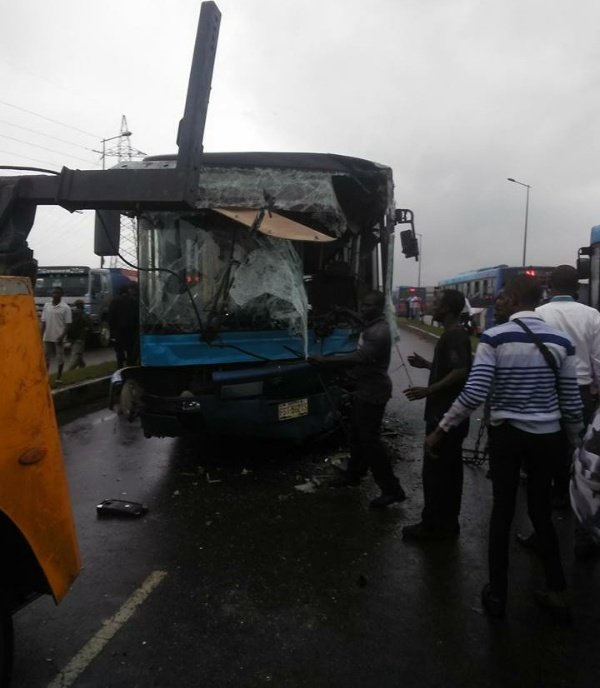 It’s unclear how many passengers are injured, but eyewitnesses reported that injured passengers were taken to the hospital for medical treatment.

According to the Managing Director of Primero Transport Services Limited, the operators of Bus Rapid Transit in Lagos, commercial motorcyclists, popularly known as Okada riders plying the dedicated BRT lane were responsible for the collision of its two buses on Monday.

The M.D of the company, Mr Fola Tinubu, said :

“The buses (were) trying to evade an Okada and that was when they collided with each other.”

The accident comes just a week after a fully-loaded Dangote cement truck crashed into a BRT bus at Itowolo, Majidun, Ikorodu area of Lagos State. The accident left three people dead and 59 others injured.