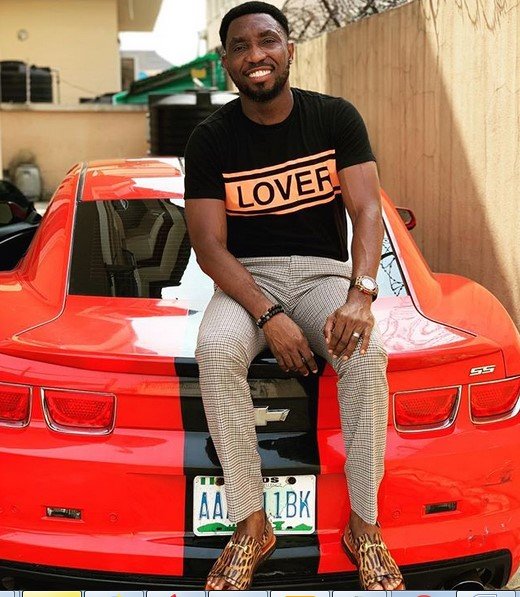 Let’s start by telling you that the ‘SS’ in the Chevrolet Camaro simply means Super Sports and that the first Chevy car ever to get the SS badge is a 1957 Chevy Corvette race car. Now you know, let’s go back to Timi Dakolo.

Timi Dakolo is a 38-year-old Nigerian singer who came into the spotlight after emerging the winner of the inaugural season of Idols West Africa in 2007. His victory got him a recording contract with Sony BMG together with some other prices.

This Chevy owned by Timi Dakolo falls under the fifth generation of the Chevy Camaro that was in production from 2010 to 2015.

You may also like: Female Blogger Blessing Nkiruka Buys Herself A Gwagon Brabus SUV For Her Birthday (Photos)

Related Topics:camarocelebrityChevroletsstimi dakolo
Up Next