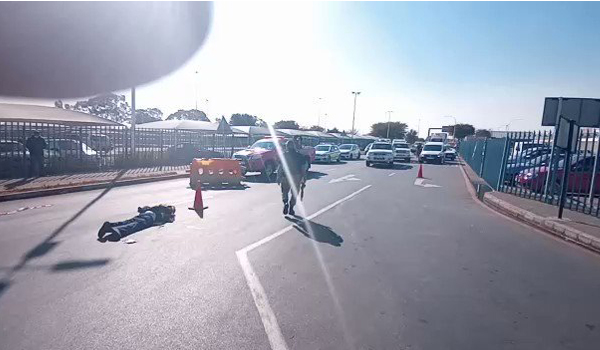 Two people were killed during a shootout between police and armed robbers at a South African airport. Seven others were arrested during a robbery.

The attack occurred at the cargo area at the OR Tambo International Airport in Kempton Park, Johannesburg on Saturday.

The robbers were said to have stolen facemasks and cellphones, police said. South African airport

South Africa has the highest number of coronavirus cases on the continent with nearly 5,000 deaths and 350,000 infections. It also has one of the highest crime rates in the world.

“A group of suspects entered the cargo section at the O. R. Tambo Airport and held the staff at gunpoint at one of the warehouses,” police said. 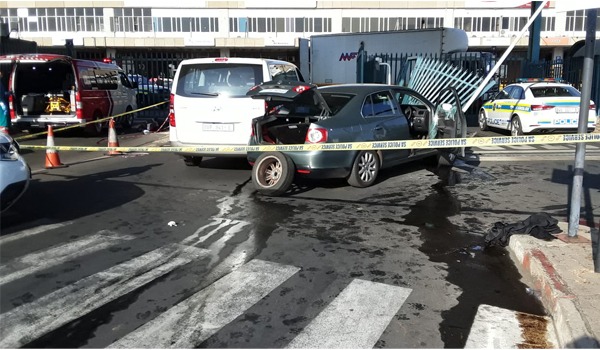 “A high-speed chase and shootout resulted” in which two suspects were shot dead and seven others were arrested.

“A civilian in the vicinity sustained a gunshot wound apparently by a stray bullet. The police upon searching the suspects’ truck recovered the stolen personal protective equipment (masks) as well as three crates containing cellphones.” police said.

Shortly afternoon, a  group of suspects gained access to the cargo section of the airport and held staff at gunpoint at one of the warehouses.  When the manager noticed employees lying on the floor, airport security and the police were summoned. 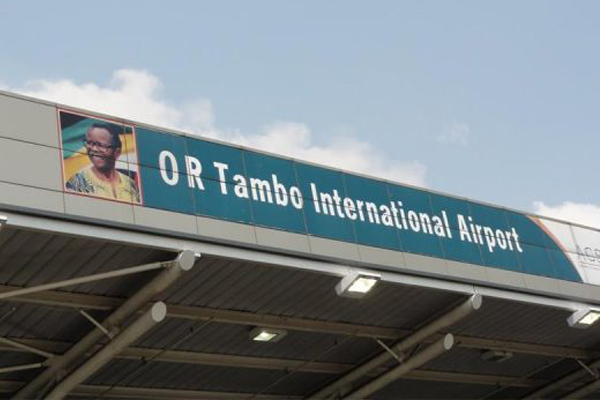 “On arrival at the scene, the police and airport security chased after the suspects’ truck and bakkie which had just left the warehouse. A high-speed chase and shootout resulted. Subsequently, seven suspects were arrested, four of them with gunshot wounds while two more suspects were shot dead. A civilian in the vicinity sustained a gunshot wound apparently by a stray bullet,” Murudili said.
Personal protective equipment, as well as three crates containing cellphones, were recovered from the suspects’ vehicle.
The arrested suspects will be appearing at the Kempton Park Magistrates Court soon, facing charges of armed robbery, Murudili said.

Mind-blowing Photos Of Thousands Of Vehicles Queuing To Get Tested For Coronavirus In U.S.