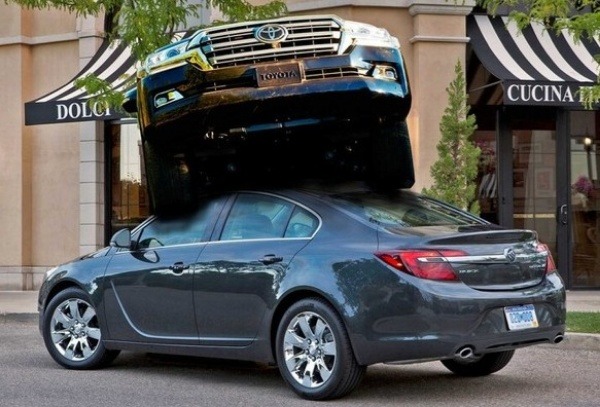 Driver of stolen Toyota Land Cruiser being chased by police collides with driver of a separate and unrelated stolen Buick.

According to police, the Buick Regal had been reported stolen three weeks prior to the crash.

The two suspects were arrested at the crash scene. 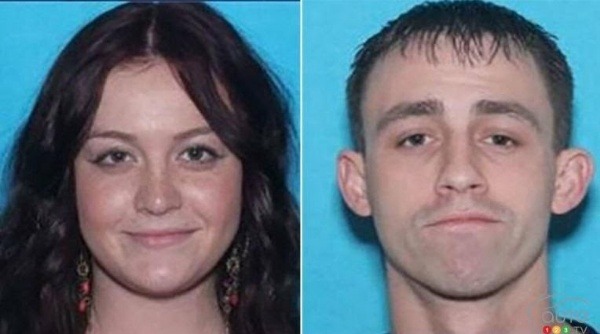 The suspect was fleeing the police who were trying to stop the Land Cruiser shortly after it was reported stolen and spotted driving through town.

According to the police department out of Oregon, the Buick that the Toyota Land Cruiser collided with was also a stolen car. The Buick Regal had been reported stolen three weeks prior to the crash.

The driver of the stolen Buick, who was found to be under the influence of intoxicants, was arrested as well.

Stolen Toyota Land Cruiser SUV being chased by the police collides with a stolen Buick Regal, suspects arrested at the scene.

Pictures taken at the scene shows the high-riding SUV literally “climbs” up on the top of the other vehicle.

In its statement regarding the incident, Newburg-Dundee police said that it had in fact never seen such a thing.

“Here is something new to start your week”.

The suspect driving the stolen Land Cruiser is now being charged with “Unauthorized use of a Motor vehicle; Attempting to elude Police; Assault-3; Reckless Driving, and other related crimes.”

25-year-old suspect driving the stolen Buick Regal was booked on charges of DUI and Unauthorized use of a Motor vehicle.