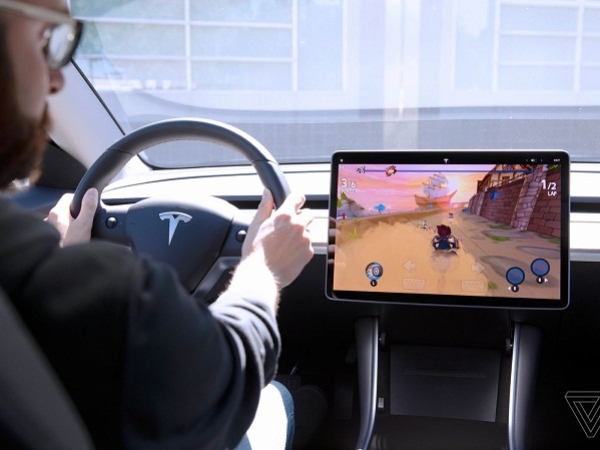 The ‘Passenger Play’ previously allowed drivers to play video games on its centre touch screen console while they were driving.

According to the National Highway Traffic Safety Administration, the feature may distract the driver and increase the risk of a crash. 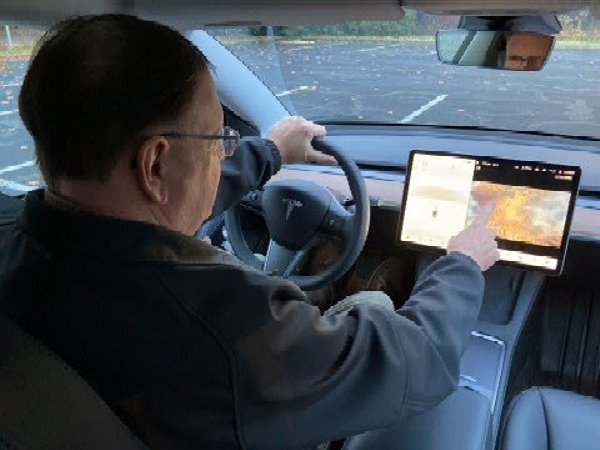 Tesla has blocked drivers from playing video games while the vehicle is in motion after Feds launch safety probe of nearly 600,000 cars with the ‘Passenger Play‘ feature that could lead to distracted driving.

A spokesperson for the agency informed the NHTSA in a statement that a software update will lock the “Passenger Play” feature and make it unusable when the vehicle is in motion.

The Tesla’s ‘Passenger Play’ feature previously allowed drivers to play video games on its centre touch screen console while they were driving. According to the U.S. National Highway Traffic Safety Administration (NHTSA), the feature may distract the driver and increase the risk of a crash,

The move follows an announcement by the NHTSA that it had opened a formal safety investigation on 580,000 Tesla vehicles sold since 2017 over Tesla’s decision to allow games to be played on the front center touchscreen while they are in motion.

“The NHTSA constantly assesses how manufacturers identify and safeguard against distraction hazards that may arise due to faults, misuse, or intended use of convenience technologies, including infotainment screens,” the agency said.

Safety advocates have raised concerns that drivers may not pay attention on the road, especially when Tesla vehicles are operating in semi-autonomous mode known as Autopilot.

According to a report by the National Transportation Safety Board, a driver’s distraction – likely from a phone game application – was one of the causes of a fatal crash of a Tesla car operating in Autopilot in California in 2018.

The NHTSA in August opened a safety investigation on 765,000 Tesla vehicles over its Autopilot system after a series of crashes involving the system and parked emergency vehicles.