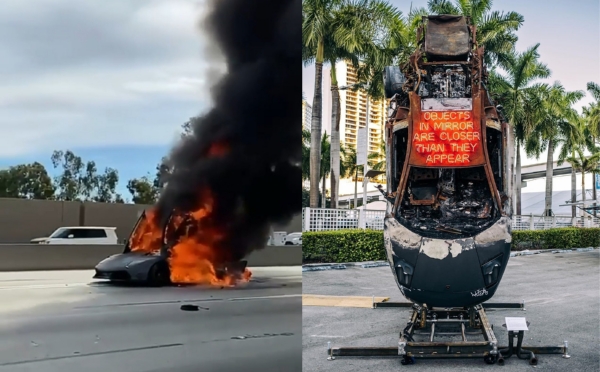 Artist WhIsBe creates a piece of art out of the wreckage of his burnt Lamborghini as a reminder to be grateful and savor life.

His piece of art “Objects In Mirror Are Closer Than They Appear” was displayed earlier this month at ART MIAMI FAIRS. 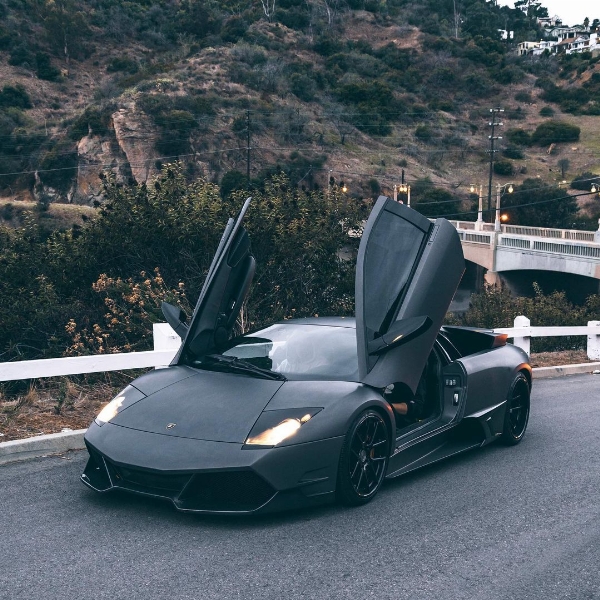 Back in January, WhIsBe, a New York City-based street artist of unverified identity known both for his street and fine art, was involved in a hit and run accident on the 605 freeway just outside of Los Angeles.

The accident nearly ended his life after the Lamborghini he was driving in merged into another car, before exploding and bursting into flames after crashing into a barricade. 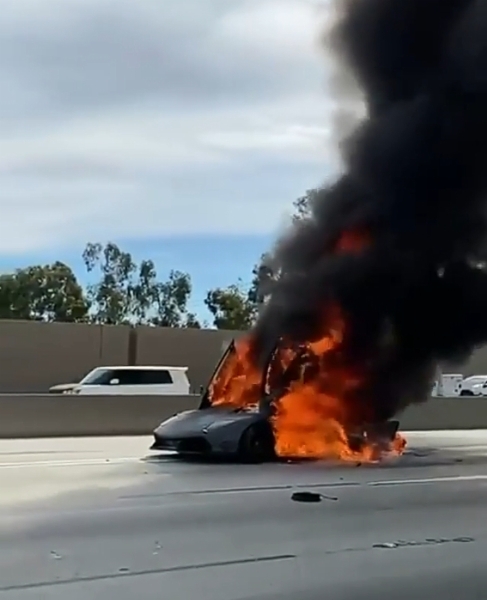 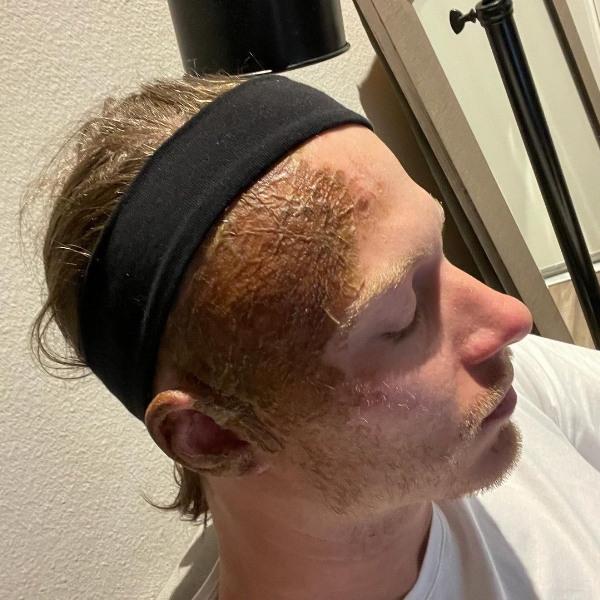 “January 31st 2021, a day I’ll never forget, a day my life flashed before my eyes, a day I experienced how fragile life is and how it could be over in the blink of an eye.” 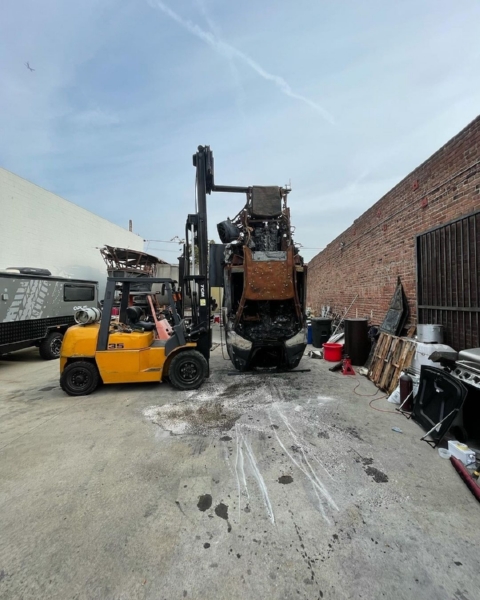 “Around 11am that Sunday morning I was involved in a hit and run accident on the 605 freeway just outside of Los Angeles. After being merged into by another car, I was spun into barricade.”

“The car exploded and burst into flames upon impact. I was now facing oncoming traffic sliding backwards with smoke and flames billowing from inside and out of the car. Eventually everything came to a stop and I was able to jump out…”

Piece Of Art Created Out Of Wreckage Of A Burnt Lamborghini 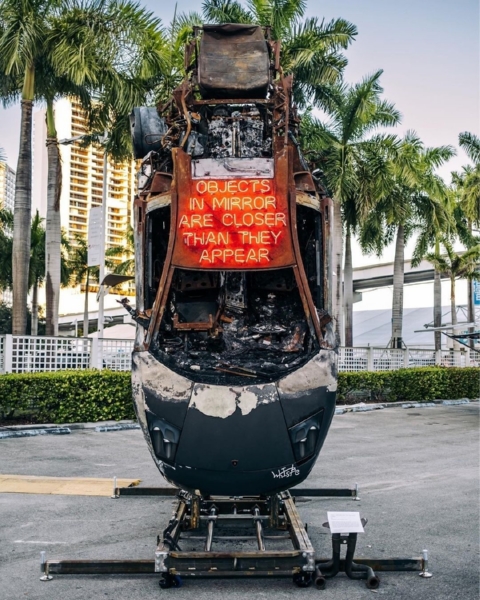 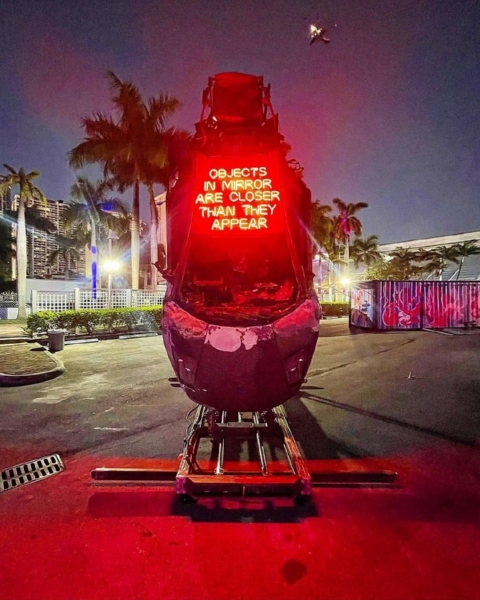 After this traumatising experience, WhIsBe decided to turn the negative event into something positive by creating a piece of art dubbed “Objects In Mirror Are Closer Than They Appear” out of the wreckage of his Lamborghini.

WhIsBe explained that the “Objects In Mirror Are Closer Than They Appear” is the result of a journey of healing. He hopes his work will “act as a reminder to be grateful, savor life and not allow negative past experiences to dictate your future.”

WhIsBe’s sculpture was displayed earlier this month at ART MIAMI FAIRS at Art Basel Miami from 12/1 to 12/5.

Tesla Blocks Drivers From Playing Video Games While Vehicle Is In Motion After U.S. Safety Probe