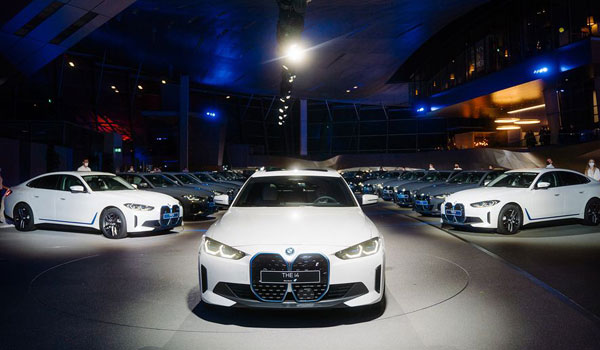 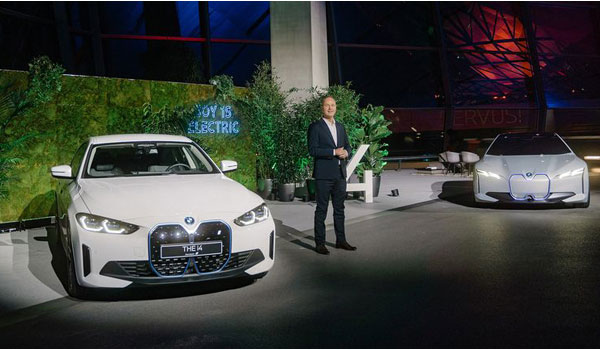 The Munich-based automaker, BMW, over the weekend, gave the first examples of the completely electric BMW i4 to new owners three months ahead of schedule.

The battery-electric Gran Coupe began production just a month ago, with the first examples rolling out of a factory that now produces the BMW 3-Series sedan and Touring versions, the BMW M3, and the BMW 4-Series Gran Coupe, and is approaching its 100th anniversary.

While most automakers focus on electric SUVs and crossovers, the battery-electric Gran Coupe will compete with similar options from Tesla and Polestar at launch.

According to BMW, the base model will have a range of around 300 miles, though exact EPA figures won’t be available until a few weeks before the car’s arrival in the United States.

“It is a very special moment for us when we hand over brand new models to customers for the first time,” said Bernhard Kuhnt, senior vice president BMW Group Market Germany.

“The BMW i4 shows in an emotional way how well fully electric mobility and sporty driving dynamics fit together. For us, it is therefore clear: the BMW i4 will offer our customers a whole new dimension of driving pleasure.”

With the i4, BMW is venturing into uncharted territory, and it may face an uphill battle against Tesla in its home market, where the American car has become a surprise hit just ahead of production at a new Tesla plant outside of Berlin.
So the i4’s first deliveries are taking place against a backdrop that would have been unthinkable even five years ago: German automakers catching up to an American import sedan.

Puddle Lights: What Are They?

Kevin Hart Takes Delivery  Of The First Ferrari SF90 Spider In The U.S.